In attendance on the rainy Friday afternoon were dozens of New York City agencies and local businesses or nonprofits that are a benefit to small businesses. Mayor Eric Adams made an appearance and after listening to others speak told of how his administration is trying to help small businesses by streamlining the red tape involved in opening a small business, and by making sure that small businesses are not being taken advantage of, and feel safe doing business in New York City.

Bronx Borough President Vanessa Gibson said that the SBS had gone to the other four boroughs this week, and now they are at the best borough. BP Gibson then presented SBS Commissioner Kevin Kim with a proclamation, BS Commissioner Kim Thanked the Borough President saying that he is in the business of helping small businesses, and Councilwoman Marjorie Velazquez also spoke. Other elected officials in attendance were State Senator Gustavo Rivera, Assemblywoman Nathalia Fernandez, Councilwoman Amanda Farias, and Councilman Oswald Feliz. 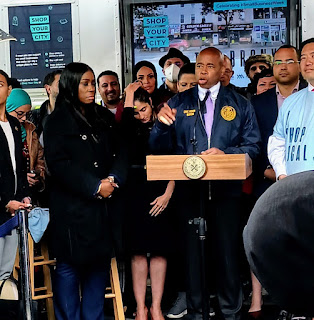 Mayor Adams speaks on what his administration is trying to do to help small businesses in the city. 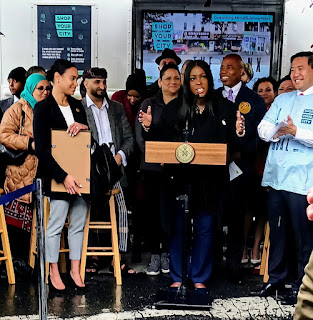 Bronx BP Gibson speaks about Bronx small businesses, as Deputy BP Peguero holds the proclamation to be given to SBS Commissioner Kim. 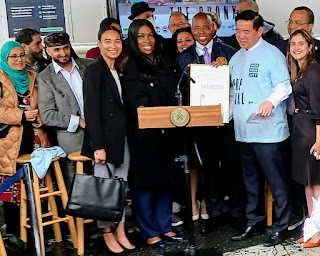 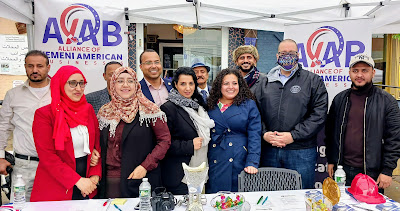 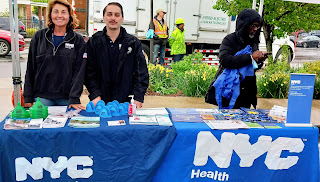 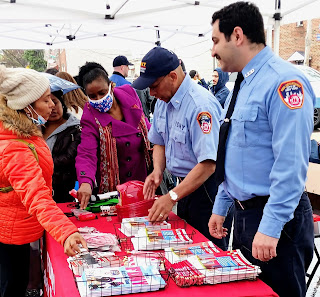 The FDNY was on hand with safety tips on fire prevention and handouts. 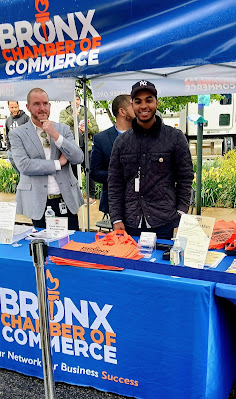 The New Bronx Chamber of Commerce was well represented.
Posted by 100PercentBronx at 8:22 PM