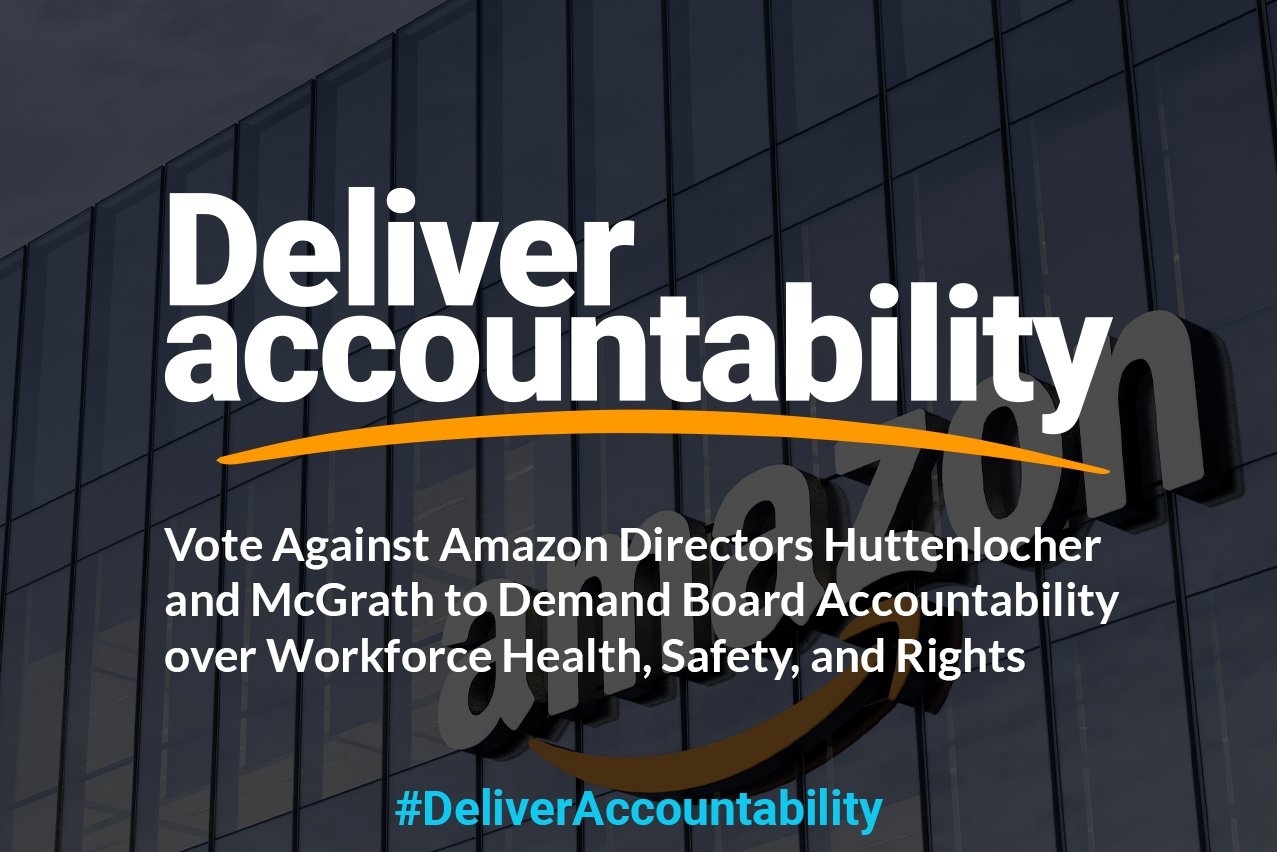 New York City Comptroller Brad Lander today welcomed the recent report by Glass Lewis, one of the leading independent proxy advisory firms, recommending that Amazon (NYSE:AMZN) shareholders vote against the re-election of Board Director Judith McGrath, who chairs the Leadership Development and Compensation Committee, at the company’s May 25, 2022 annual meeting.

Last month, a group of institutional investors led by Comptroller Lander, on behalf of the five New York City Retirement Systems, New York State Comptroller Thomas P. DiNapoli and the Office of Illinois State Treasurer Michael Frerichs, launched a “vote no” campaign calling on Amazon shareholders to oppose the re-election of Directors Judith McGrath and Daniel Huttenlocher for failing to provide independent oversight of workforce issues at the company. Both directors are long-standing members of Amazon’s Leadership Development and Compensation Committee.

“Glass Lewis’ recommendation to shareholders to express dissatisfaction with the Company’s response to human capital management issues by voting against a key director responsible for oversight shows broad and growing support for our proposal,” said Comptroller Lander. “As one of the nation’s largest employers, Amazon’s treatment of its employees has profound implications across millions of households, our portfolios, and our economy. Amazon shareholders need qualified and accountable directors who respond to investor concerns rather than rubberstamp management’s inadequate health and safety practices, and repeated interference with workers’ rights to form a union, contrary to its own policy and U.S. labor laws.”
“We are witnessing a pattern of oversight and management failures at Amazon, including high rates of injury, rapid employee turnover and anti-union activity,” said Illinois Treasurer Michael Frerichs. “I am also deeply concerned about the tragic loss of life that occurred at the Amazon facility in Edwardsville, Illinois, where six people died after a tornado struck, which is the subject of investigations into inadequate safety protocols. Now is the time for more responsive and engaged leadership on Amazon’s board.”
In an April 21 letter filed with the U.S. Securities and Exchange Commission (SEC), the group of investors highlighted that there is a lack of adequate oversight of the company’s human capital management. It also cited the directors’ inability to ensure that Amazon protects its workers’ health and safety, upholds its own corporate policies on human rights and freedom of association, and addresses unsustainable employee turnover.
In its May 6th report, proxy advisory firm Glass Lewis noted:
“The Company has faced significant scrutiny and controversy in recent years related to its human capital management practices, particularly in regard to workplace conditions and worker safety. In terms of disclosure on these issues, the Company provides a report on its safety, health, and well-being efforts, in which it discusses whether its performance expectations can coexist with safe operations.
“…However, we believe that the board has not appropriately addressed potential shareholder concern regarding these increasing human capital risks and its assessment of such risks, and could do more to mitigate the Company’s potential reputational damage as it relates to its human capital management practices. Given that the prevalence of human capital management risks and potential related reputational risks to the Company may impact shareholder value, we believe shareholders should oppose the election of director McGrath as the chair of the leadership development and compensation committee to signal dissatisfaction with the Company’s response to these issues.”
The April 21 letter is on file with the SEC here. For more information on the “vote no” campaign, visit: http://deliveraccountability.com/.
Posted by 100PercentBronx at 3:32 PM