Damian Williams, the United States Attorney for the Southern District of New York, announced that ROBERT GONZALEZ pled guilty today to possessing ammunition after having been convicted of a felony in connection with a shooting that took place in the vicinity of the 1800 block of University Avenue in the Bronx, New York, in August of 2020.  GONZALEZ pled guilty before U.S. District Judge Valerie E. Caproni.

U.S. Attorney Damian Williams said: “Robert Gonzalez possessed ammunition in furtherance of a violent shooting.  Today’s plea and conviction send the message that our Office is committed to bringing to justice those who perpetrate gun violence in our communities.”

As alleged in the Complaint, Indictment, and statements made in open court:

ROBERT GONZALEZ committed a shooting in the vicinity of the 1800 block of University Avenue in the Bronx on or about the evening of August 9, 2020.  Law enforcement officers responded to the shooting after three 911 calls.  When they arrived at the scene, law enforcement officers noticed two victims with gunshot wounds – one in the hand and another in the leg.  The victims were attending a neighborhood block party that began around midnight and continued into the early hours of the morning.

Law enforcement officers identified ROBERT GONZALEZ as the shooter through, among other evidence, surveillance photographs and videos, which showed the shooter’s clothing and a unique-looking fanny pack around his torso, which matched surveillance images and videos of GONZALEZ from shortly before and after the shooting.  Officers recovered a 9mm Luger shell casing from the vicinity of the shooting and found a fanny pack that matched the unique-looking fanny pack the shooter wore during a search of GONZALEZ’s apartment.

At the time of the August 9, 2020, shooting, GONZALEZ had been previously convicted of multiple felony offenses, including attempted criminal possession of a weapon, attempted robbery, and narcotics conspiracy.

GONZALEZ, 34, of the Bronx, New York, pled guilty to one count of being a felon in possession of ammunition, in violation of 18 U.S.C. §§ 922(g)(1), 924(a)(2), and 2, which carries a maximum penalty of 10 years in prison.  The statutory maximum penalty is prescribed by Congress and is provided here for informational purposes only, as any sentencing of the defendant would be determined by the judge.

GONZALEZ is scheduled to be sentenced by Judge Caproni on February 7, 2022.

Join us next weekend for some fun fall festivities!

We look forward to seeing you there!

It should be noted that October 31st the date for the Safe Streets event is on Sunday not Saturday as written by Assemblywoman Fernandez.

You can ask Assemblywoman Fernandez and the Wannabe candidates present with her about the 540 homeless adult males being dumped into the 80th Assembly District, do to the New 'NO CASH BAIL LAW' passed in the state legislature last year.

Doctor Chokshi is this my Johnson and Johnson Booster shot? I told you I wanted only one shot, and that was why I said to give me the Johnson and Johnson vaccine. Now I find out that the J & J vaccine was the least effective. Here I went up to the Bronx going around without wearing a mask.

At least now that you gave me a flu shot and with a second dose of vaccine, but I hope you know what is in there. That pesky reporter from the Bronx Chronicle thought we poisoned him, or should I say the state poisoned him two days after his second dose of the Pfizer vaccine. Everything is O.K. with the J & J right? 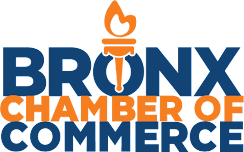 Approximately $20,000 Stolen; Defendants Face Up to Seven Years in Prison if Convicted

Queens District Attorney Melinda Katz, joined by New York City Department of Investigation Commissioner Margaret Garnett, today announced that Rahmello Poole and Mariah Moore, have been charged with grand larceny, defrauding the government and other crimes for allegedly stealing thousands of dollars intended for youth summer employees. The pair – who worked at the Central Queens Y in 2018 – allegedly filed bogus timesheets for non-active employees and then used the earnings deposited on debit cards for their own personal gain.

District Attorney Katz said, “The funds allocated to the City’s Summer Youth Employment Program is intended to provide job opportunities to Queens teenagers as well as funding for literacy services, after school programs and more. As alleged, these defendants found a way to manipulate the system to enrich themselves by withdrawing funds from the debit cards and making point of sale transactions. I want to thank the investigators with DOI for their hard work looking into this matter. And let this be a warning to those who seek to cash in with crooked schemes, my Office will continue to team up with our law enforcement partners to root out fraud and other illegal cons.”

Commissioner Garnett said, “As charged, these defendants committed a series of alleged crimes to pocket the nearly $20,000 in taxpayer funds intended for the City’s summer youth program: brazenly submitting false timesheets for real but inactive program participants and cashing debit cards that provided the wages to these participants, defrauding this government-subsidized program. Thankfully, when the parents of the teenage participants received paperwork showing wages their children never received, they alerted the Central Queens Y. The Central Queens Y double-checked and then notified the City Department of Youth and Community Development (DYCD), and DYCD reported the financial discrepancies to DOI for further investigation. I thank all the parties that stepped up to report this matter and help DOI stop the corruption. And I thank the Queens County District Attorney’s Office for its partnership on this investigation.”

Poole, 27, of 141st in South Jamaica, Queens, and Moore, 23, of Dix Avenue of Far Rockaway, Queens, were arraigned late yesterday before Queens Criminal Court Judge Edwin Novillo on a 34-count complaint. The two are charged with grand larceny in the third and fourth degree, falsifying business records in the first degree, offering a false instrument for filing in the first degree, defrauding the government and tampering with public records in the second degree. Judge Novillo ordered the defendants to return to Court on December 16, 2021. If convicted Poole and Moore face up to 2 1/3 to 7 years in prison.

According to the charges, in the summer of 2018, Poole worked as a worksite coordinator and Moore was his clerk. Poole’s duties included providing oversight for the teenagers’ work areas and processing their timesheets. In this role, Poole had access to the debit cards that were used to pay the workers and the PIN numbers. Defendant Moore, in her role as an administrative clerk, was responsible for organizing and entering the timesheets into the system’s payroll database. Debit cards were used to pay some workers in lieu of direct deposit into bank accounts.

DA Katz said, an investigator with DOI audited the records and found 13 youth workers who were registered with the program but were not actually employed in the summer of 2018. Yet, there were timesheets created for those participants and debit cards used to pay for the hours those young people supposedly worked. Defendant Moore allegedly inputted the false work hours and Poole is accused of approving those timesheets.

Criminal complaints and indictments are accusations. A defendant is presumed innocent until proven guilty.

“A unanimous federal jury has found that Lev Parnas and Andrey Kukushkin conspired to manipulate the United States political system for their own financial gain.  In order to gain influence with American politicians and candidates, they illegally funneled foreign money into the 2018 midterm elections with an eye toward making huge profits in the cannabis business.  Campaign finance laws are designed to protect the integrity of our free and fair elections – unencumbered by foreign interests or influence – and safeguarding those laws is essential to preserving the freedoms that Americans hold sacred.  I commend the career prosecutors of this Office’s Public Corruption Unit whose outstanding work has helped bring to justice those who sought to illicitly influence our government.”

"New Yorkers are resilient, they are thoughtful, and throughout the pandemic they have proven they will do what is necessary to keep their communities safe," Governor Hochul said. "The vaccine is the best asset we have in protecting ourselves from COVID-19. Getting the vaccine is free, it's effective, and there are doses readily available all throughout the state."