The place was the newest Jewel in the Bronx the new Marriott Hotel in the Hutchinson Metro Center for the inauguration of the 2015 Executive Board and Board of Directors of the Bronx Chamber of Commerce.

Chairman of the Board  --    Joseph Kelleher 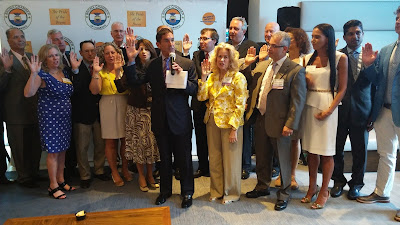 Above - State Senator Jeff Klein swears in the new Executive Board of the BCC.
Below - The elected officials in attendance stand with the new board. 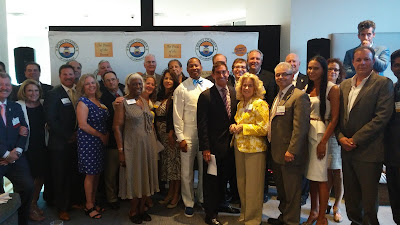 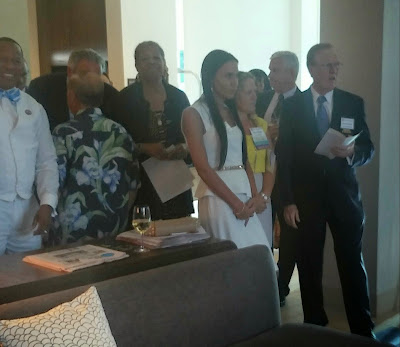 Above - Speakers await their turn.
Below - So do State Senator Jeff Klein and Assemblyman Mark Gjonaj. 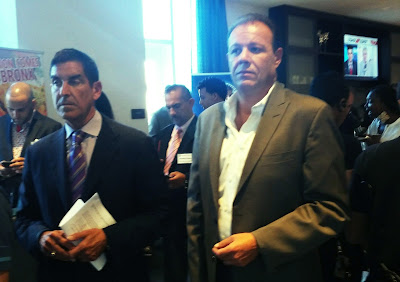 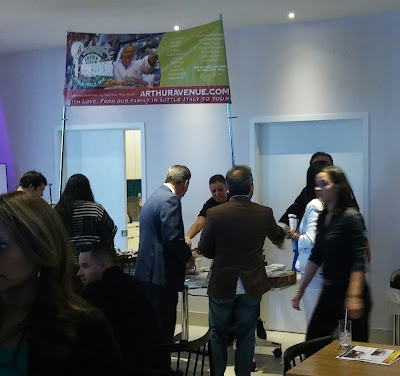 Above - Bronx BCC businesses such as Mike's Deli brought samples of their delicious food.
Below - Latin Fusion providing some tasty Latin food samples. 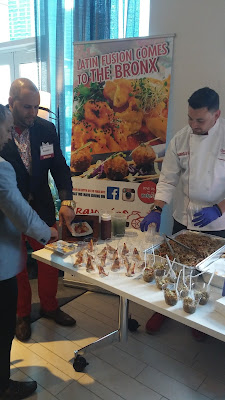 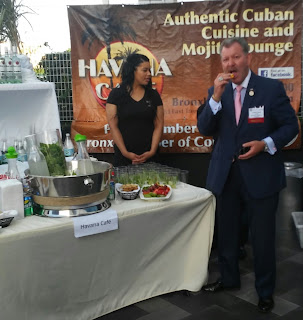 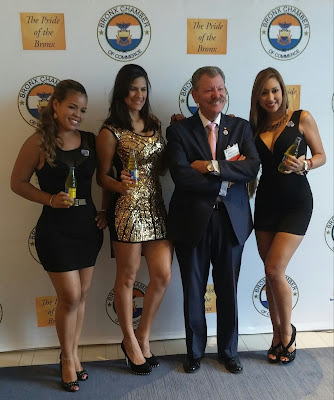 Email ThisBlogThis!Share to TwitterShare to FacebookShare to Pinterest
Labels: Inauguration of 2015 Executive Board & Board of Directors of the Bronx Chamber Of Commerce


“I want to thank Governor Andrew Cuomo and Commissioner Dr. Howard Zucker for their quick response as we deal with the Legionnaires' outbreak affecting The Bronx, and for bringing the United States’ Centers for Disease Control and Prevention to my borough to study this public health crisis.

“We need all hands on deck, and getting help from the CDC is a huge step in combating this disease that is hurting the South Bronx. Gov. Cuomo’s offer of free testing for building owners, the legislation that Council Member Vanessa Gibson and I have proposed to ensure that we are proactive against the further spread of the Legionnaires Disease, and Mayor Bill de Blasio’s push for testing buildings throughout the city are all positive steps forward in eliminating this problem while finding solutions to prevent yet another outbreak.

“I am happy to learn that we are seeing fewer new cases of this disease, and I look forward to continuing my work with the city and the state to mitigate this crisis and prevent future outbreaks. My thoughts and prayers are with the families of those affected by this disease, and I wish them a speedy recovery,” said Bronx Borough President Ruben Diaz Jr.
Posted by 100PercentBronx at 6:58 PM No comments: 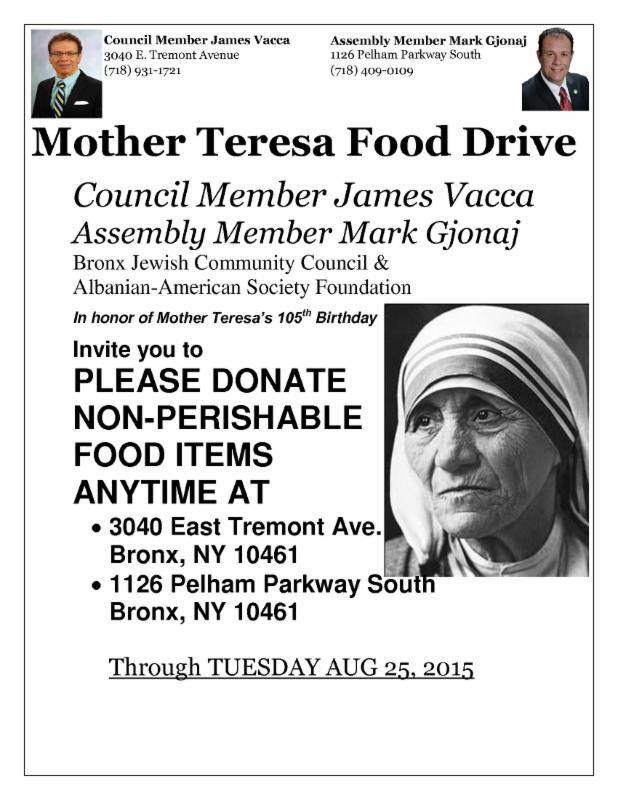 
Next month the Citi Bike Share Program will be expanding outside of the five boroughs and across state lines to Jersey City. This has angered some city residents especially avid biker Bronx Borough President Ruben Diaz Jr. who made the following statement.

“It is deplorable that Citi Bike is expanding to New Jersey before the rest of the city. My borough deserves better, as do the parts of Manhattan, Brooklyn, Queens and Staten Island that are not currently served by our city’s official bike share program.

Email ThisBlogThis!Share to TwitterShare to FacebookShare to Pinterest
Labels: Citi Bike Share Program Will Expand Outside of the Five Boroughs for the First Time to Jersey City Next Month

In what looked to be a two or three man race has turned into a six person race to replace Congressman Charles Rangel as Harlem State Senator Bill Perkins has told the New York Observer that he intends to run to represent the 15th Congressional District. Manhattan Democratic County Leader Assemblyman Keith Wright has already announced that he will seek to be Rangel's replacement, and Congressman Rangel even told me that he will be endorsing Assemblyman Keith Wright as Rangel had me take a photo posted on this blog posting May 29th at the renaming of East 205th Street in front of Bronx Science High School Bronx Science Boulevard. 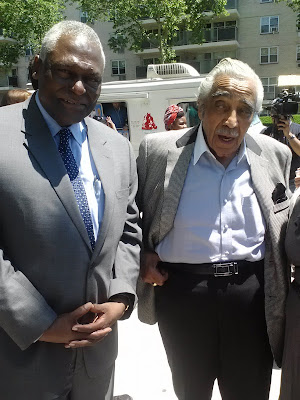 Also declared for the 15th Congressional race is Adam Clayton Powell IV and  Reverend Suzanne Johnson Cook. East Harlem Assemblyman Robert Rodriguez and one other person from Washington Heights are possible candidates. State Senator Adriano Espaillat has made overtures as if he is a candidate for the third time having been beaten twice by incumbent Congressman Rangel twice, but Rangel is not running this year and the 15th Congressional seat will be an open seat.

National Night Out in the 50th Precinct 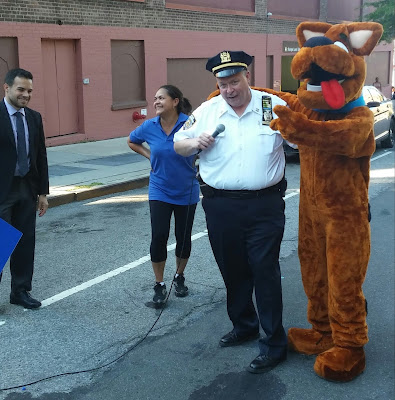 As you can see in the photo above new 50th Precinct commanding officer Terrance O'Toole has made a new friend in the name of Scooby Doo, as 50 Pct. Community Affairs officer Mindy Ramos, and Johnathan Soto of the mayors CAU unit look on. Hundreds of people and children took part in this National Night Out celebration that was held on West 228th Street in the Marble Hill section of the Bronx Community Board 8. 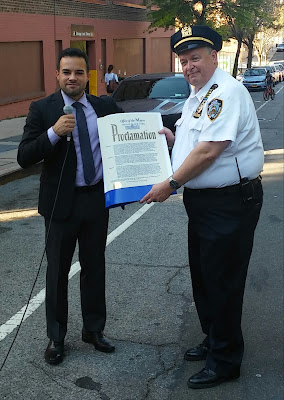 Above - Captain O'Toole receives a citation for National Night Out from Mr. Soto of the mayors CAU unit.
Below - Scooby Doo meets his dancing partner Elmo from Sesame Street to dance with the kids. 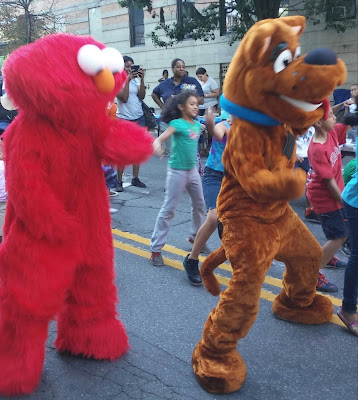 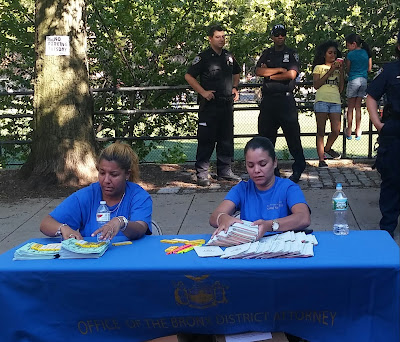 Above - Representatives from the Bronx District Attorney's office were on hand.
Below - Two nice ladies from the Community Emergency Response Team (CERT) were also on hand to inform the child of what to do in case of emergencies. 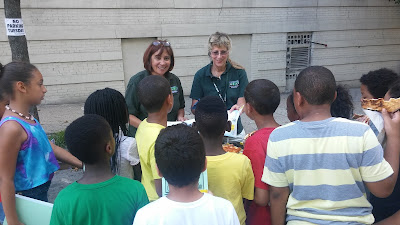 Email ThisBlogThis!Share to TwitterShare to FacebookShare to Pinterest
Labels: National Night Out in the 50th Precinct

The mayor during the Press conference stated that he will be working with the city council to get new legislation passed to further address the inspection and cleaning of cooling towers in the future. That was my question to City Council Speaker Melissa Mark-Viverito the night of the Town Hall meeting at the Bronx museum.

STATEMENT FROM BP DIAZ RE: Mayoral Support for Legislation on Legionnaires' Disease

“It is encouraging that Mayor de Blasio has joined my call for new legislation in response to this current outbreak of Legionnaires' Disease.

“As the scope and depth of the outbreak of Legionnaires' Disease in the South Bronx came into focus last week, I proposed new legislation that would allow the city to be proactive—and not reactive—to such outbreaks. Together, with Council Member Vanessa Gibson, we are introducing legislation creating an inspection mechanism for those systems where Legionnaires' Disease can thrive and to ensure appropriate follow-up inspections so that the disease does not return.

“It is the responsibility of government to protect the health and well-being of the public, and this common sense proposal will help do just that. It cannot be forgotten that seven Bronx residents have died during this outbreak. An appropriate inspection mechanism could have saved lives,” said Bronx Borough President Ruben Diaz Jr. 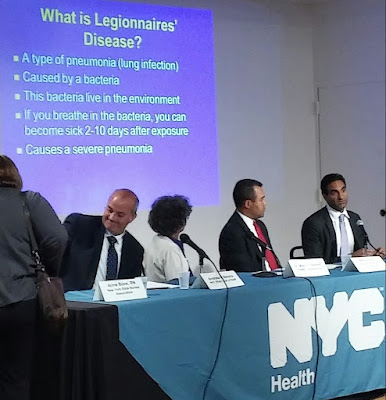 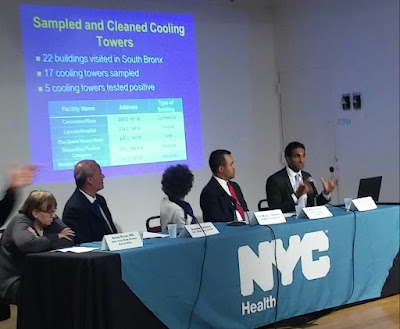 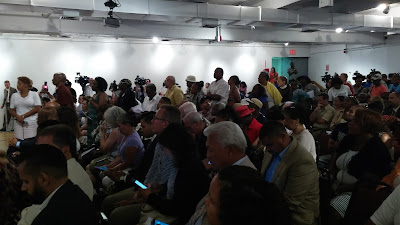 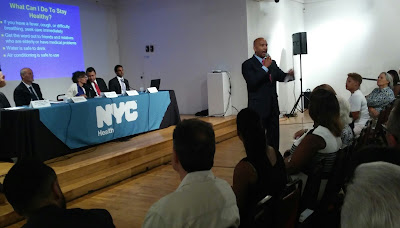 Above - Bronx BP Diaz had afew questions of his own after he tried to calm the audience.
Below - BP Diaz is joined by Councilwoman Vanessa Gibson, Deputy BP Greene, Public Advocate James, and out of the photo are Congressman Serrano and State Senator Jose M. Serrano along with City Council Speaker Melissa Mark- Viverito. 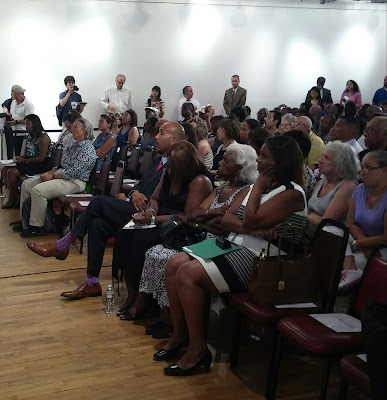 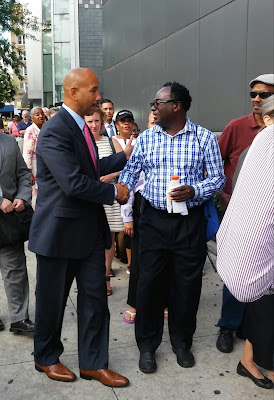