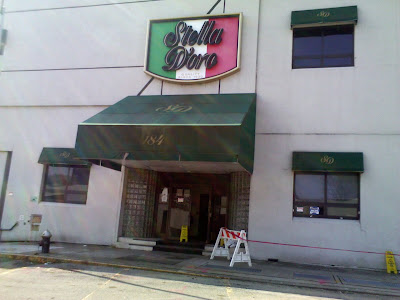 While the famous Bronx Cookie factory and restaurant known as Stella Doro has been closed for some time now, it was recently sold to developer Mr. Joseph Farkas. Mr. Farkas has made his plans for the site public, as there have several stories in the newspapers (including one by me) on the future of the old Stella Doro plant. This past week there have been tours of the site and renderings shown of what the new Riverdale Crossings Shopping Center will look like when finished. While it is known that the BJ'S Warehouse Club store will be the anchor of the shopping center, it has been reported that Petco and Bank of America will be among the six or seven other stores to be part of Riverdale Crossings.
Community Board # 8 members and a representative from the Kingsbridge Riverdale Van Cortlandt Development Corporation toured the site, and the very next day Bronx Borough President Ruben Diaz Jr., Congressman Eliot Engel, Councilman G. Oliver Koppell, and Assemblyman Jeffrey Dinowitz, were also given a tour of the site by developer Mr. Farkas. From the picture below of Mr. Farkas and the elected officials you can see that just like the previous tour of the site that the elected officials had questions to ask Mr. Farkas
The entrance to Riverdale Crossings will be from Broadway onto West 237th Street and from the current existing curb cut on West 238th Street it would seem that would be another entrance to the shopping center.  The back of the Stella Doro plant going towards West 238th Street was were the trucks (as many as 50 or more) were kept and serviced that delivered to all of the customers that Stella Doro had when it was in the  the Bronx. 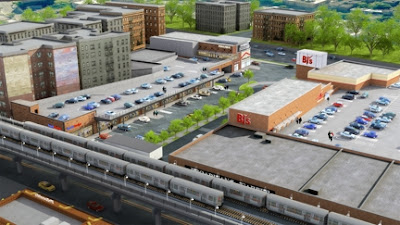 What You Should Know By Senator Rev. Ruben Diaz

Starting with the defeat of David Weprin by Bob Turner for the Congressional seat vacated by Anthony Weiner, and most recently with the embarrassing defeat of Lew Fidler by David Storobin for the Senate seat vacated by Carl Kruger, the Democratic Party lost.  In each special election, the Democratic candidate was expected to win handily given the composition of registered democrats in each district, and given the low turnout expected in special elections.

You can spin this any which way you want, but the fact of the matter remains that gay marriage has played a major role in the outcome of each of these elections. The support that the State Senate Democratic Conference gave for gay marriage has backfired on them to the point that as each day passes, it is more and more difficult and less and less possible for us to get back into the Senate Majority.

In one of my previous columns, I suggested that if Senator Adriano Espaillat wants to run for Congress and win, he should contact the gay community to start raising atleast $1 million dollars for his campaign.  I am afraid that Senator Espaillat may be subject to a backlash by members of the community especially Hispanics for his vote in favor of gay marriage.

The Democratic Party cannot afford to allow for the defeat of any more candidates – especially those who voted in of favor legalizing gay marriage.
This has shown to be destructive for the Democratic Party and I hope that elected officials in other states are paying attention.

Now we can all wait and see what happens to the future of the four Republicans who supported gay marriage when it was forced to the floor of the Senate for a vote, because the way I see things, The National Organization for Marriage (NOM) and its Executive Director, Brian Brown has been active and instrumental in contributing and supporting with financial resources those individuals who run against gay marriage supporters. So far, Brian Brown has been very effective and it might happen, that the four republicans, might lose their Senate seats solely because of their vote on gay marriage.

Ladies and gentlemen, brothers and sisters, friends and foes:  fasten your seat belts, because I am afraid that it's going to be a very bumpy ride.

I am State Senator Rev. Rubén Díaz and this is what you should know.