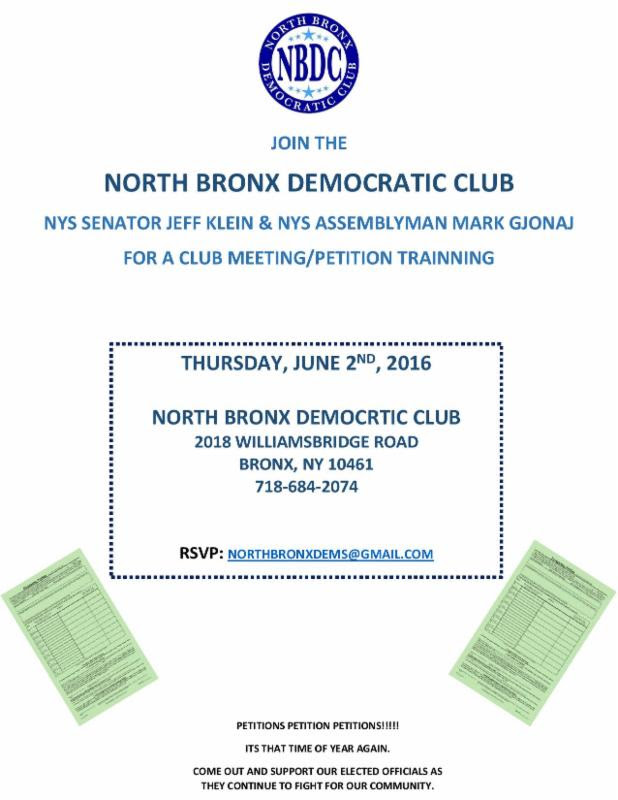 News From KRVC - Orleans to Headline RiverFest thanks to State Senator Jeff Klein! 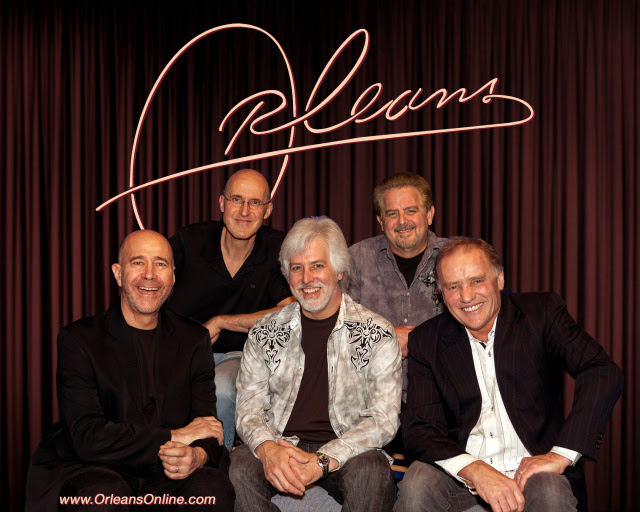 Email ThisBlogThis!Share to TwitterShare to FacebookShare to Pinterest
Labels: News From KRVC - Orleans to Headline RiverFest thanks to State Senator Jeff Klein! 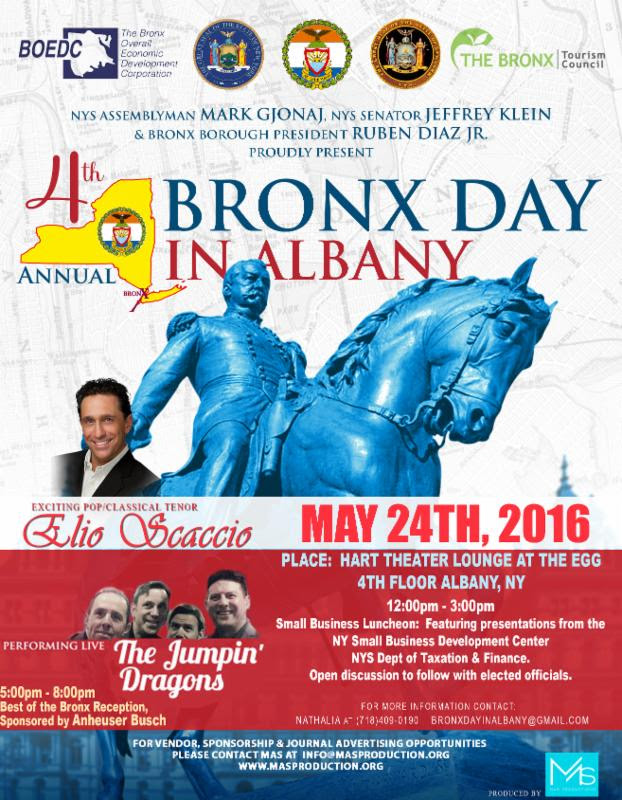 Above - Assemblyman Jeffrey Dinowitz and Manhattan Democratic County Leader Assemblyman Keith Wright who is also a leading candidate for congress to replace Charlie Rangel.
Below - Young Bronx Democrat 83rd A.D. Male District Leader Jamal Bailey is with longtime 80th A.D. Joe McManus. Mr. Bailey is a candidate for the 36th State Senate District which will soon be vacant, and may be getting a few pointers from Mr. McManus.

Above - Mr. Anthony Creany, and Below Mr. Herb Barret receive their awards from Congressman Eliot Engel.

Above - Mayor Bill de Blasio praises the Ben Franklin Club on the constant year after year efforts of the club in getting candidates elected. The mayor is probably looking towards next year for support from the Ben Franklin Club in his re=election bid.
Below - The mayor presents Louis Goldstein with the club lifetime award for Mr. Goldstein's tireless work for the Democratic Party over the many past years. Lou must have thought he was getting an Oscar as he thanked almost everyone, and was the hit of the Dinner with his tireless speech.

Congressman Eliot Engel, a senior member of the House Energy and Commerce, voted in favor of a Democratic proposal yesterday to limit the display of Confederate Flags in national cemeteries. House Democrats plus a minority of House Republicans joined to approve the measure with a vote of 265-159.

“The Confederate Flag is a symbol of hatred and bigotry that only serves as a reminder of our country’s darkest days,” Congressman Engel said. “Displaying the Confederate Flag is divisive, especially in national cemeteries – sacred ground for Americans of all creeds and colors. It’s time we confined the Confederate Flag to history, where it belongs. I’m disappointed that so many of my Republican colleagues opposed this measure, but the fact that it passed shows that the vast majority of Americans are ready to retire this terrible symbol, and I hope the vote spurs even more jurisdictions across the country to end its use as an official government display.”

Congressman Eliot Engel, a senior member of the House Energy and Commerce Committee, issued the following statement in response to today’s shameful maneuvering by Republicans to defeat a Rep. Sean Patrick Maloney Amendment to a spending bill that would have barred federal contractors from getting government work if they discriminated against the LGBT community:

“The Republican majority should be ashamed of themselves. The House of Representatives stood ready to fight back today against discrimination targeting LGBT workers, but the majority bullied, twisted arms, and used procedural tricks to change the outcome of a fair vote in real time on the House Floor.

“Republicans seem unable to help themselves. At every turn, they go out of their way to strip rights away from LGBT Americans. It’s obvious where their priorities lie. I’m tremendously disappointed they decided to go to such extreme lengths today to make life that much harder for so many Americans.”

Email ThisBlogThis!Share to TwitterShare to FacebookShare to Pinterest
Labels: News From Congressman Engel 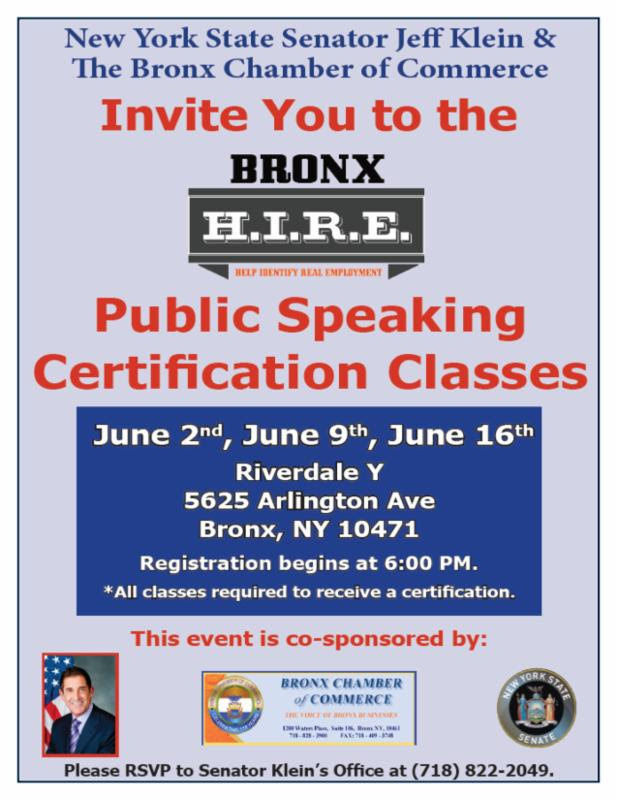 The United War Veterans Council (UWVC) — organizers of the New York City Veterans Day Parade — calls on Bronx residents to remember this Memorial Day Weekend those who have sacrificed for us by participating in the City Island Memorial Day Parade and other events on Monday, May 30.

The Parade begins 1:45 p.m. at City Island Ave. & Belden St. Prior to the parade UWVC will participate in two wreath-laying ceremonies in the area: the first, 10:30 a.m. at Bicentennial Veteran Memorial Park (Throgs Neck Expressway at Pennyfield and Elisworth Aves.); and the second, 11:15 a.m. at Throgs Neck Memorial Post – American Legion (1456 Shore Dr.).

The UWVC is working with community groups throughout the metropolitan area to help organize and promote memorials, parades and other Memorial Day-related events.


“After more than a year of negotiation and advocacy by my office and many others, I am pleased to see an important first step between the White House and Congress on the future fiscal health of the commonwealth of Puerto Rico, H.R. 5278, the Puerto Rico Oversight, Management and Economic Stability Act (PROMESA).

“This bipartisan compromise, while certainly not perfect, is a tremendous step forward and offers many of the solutions that I and others have been advocating for.  Although access to bankruptcy courts would have been preferred, we are encouraged by the bill’s provision to allow Puerto Rico to reduce repayments to creditors.  However, the process for appointing members of the proposed control board must ensure that the individuals selected protect the best interests of the Puerto Rican government and its people.

“There is still much work needed to be done by Congress to update and revise the Puerto Rican economic regulatory framework.  Health care must be delivered more effectively, import costs reduced and infrastructure investments made so that Puerto Rico has greener energy solutions and is prepared for the dramatic changes already being produced by climate change.

“I thank the White House and Congress for taking the concerns of the Puerto Rican government, its citizens and their advocates on the mainland seriously and working towards this agreement. I especially want to thank those who have worked assiduously on this compromise, including House Speaker Paul Ryan, House Minority Leader Nancy Pelosi, Senators Charles Schumer and Kirsten Gillibrand; and Reps. Nydia Velázquez, Jose Serrano and Luis Gutiérrez.

“The people of Puerto Rico are American citizens, and they deserve the same rights and protections as their countrymen,” said Bronx Borough President Ruben Diaz Jr. 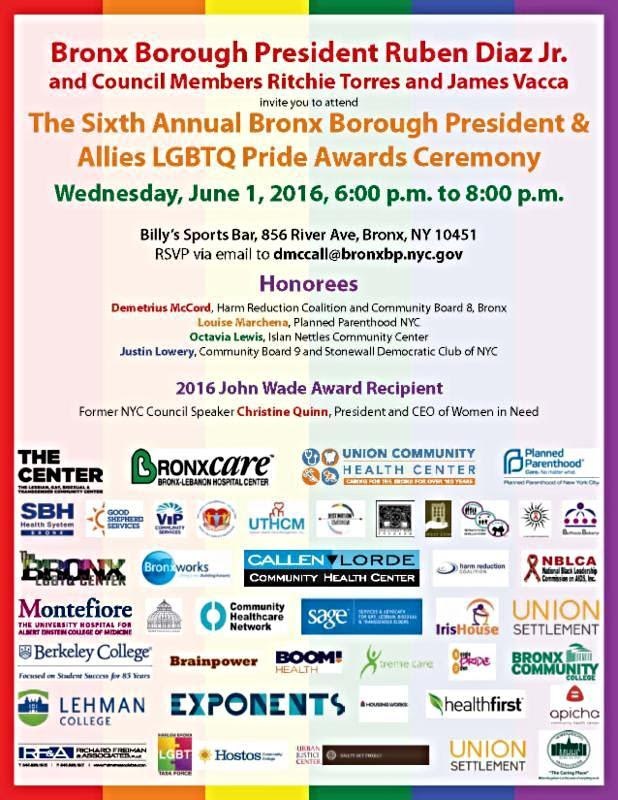 WHAT YOU SHOULD KNOW - CHARLES BARRON IS RIGHT: OUR CHILDREN CAN’T TAKE 3 MORE YEARS OF FAILURE


You should know that in 2002, when I was elected to the New York City Council, I was one of the first Councilmembers to work to support Mayoral Control of New York City’s public school system under former Mayor Michael Bloomberg.
After years of seeing our public school education system fail our children, especially our Black and Hispanic children, I have decided that this Mayoral Control should not be allowed to continue.
You should also know that Assemblyman Charles Barron, a Democrat from Brooklyn, made one of his most passionate speeches during the Assembly Session on May 17, 2016. His speech was followed by a round of applause from his colleagues.
Charles Barron pleaded for the Assembly to stop giving total control to Mayor de Blasio for a school system of 1.1 million children and a $24 billion dollar budget.  He said that Mayor de Blasio wants to be held accountable, but Charles Barron says the Mayor is already accountable, insisting that the reason Mayor de Blasio really wants the control is for the billions of dollars in contracts.
“Contracts … contracts,” repeated Charles Barron,  “people are making millions of dollars off of a failing school system.” He detailed how “test taking companies get multi-billion dollar contracts to make these tests” that do nothing for our children and their families except to cause stress.
Charles Barron reminded everyone of one excuse being used to push this legislation through: “Bloomberg had control so why not de Blasio?” He asked how we could give “one single man who is clueless about education” this kind of power, citing to Bloomberg’s choice of Cathy Black as an example of someone “so incompetent.”
It is important for you to know that while Charles Barron agreed that the Department of Education’s Chancellor Fariña is an educator, he qualified that fact by saying how “she is implementing the same policies as Bloomberg.”
You should know that Charles Barron stressed how our children are not being prepared for college: “If a Black child doesn’t get an education, their pipeline is going to be to prison,” and “the diplomas our children are receiving are not worth the paper and ink they are on.”
He continued by explaining how 78% of New York City public high school graduates, if they attend any of the New York City CUNY Colleges to continue their education, “need remediation because they were not properly educated.”
Another fact that Charles Barron presented to his colleagues is: “In New York City, the #1 city in the world, where we brag about democracy, parents have no control of the budget of what happens to their children.”
I completely agree with Charles Barron and his insistence that the Legislature only extend Mayoral Control for one year, and to include a Commission that would let experts review the current system and devise a way to let our children be properly educated so they could attend college or a trade school and compete in our global economy.
As my colleagues in the Senate, especially my Black and Hispanic colleagues, examine the merits of extending Mayoral Control of Schools in the New York City school district, I urge them to carefully consider what Charles Barron says, and to take his recommendations very seriously.
Our children cannot take 3 more years of failure.
I am Senator Reverend Rubén Díaz, and this is what you should know.

It seems that State Senator Ruben Diaz Sr. is right on the money here, and I rarely if ever agree with Councilman Charles Barrons, but they are both right when it comes to Mayoral Control of the public schools.
Why is it that charter schools can operate better on lower budgets? The answer is they are accountable to their Board of Directors, the state, parents, and do not have the bureaucracy of the New York City Department of Education. The mayor must admit that Mayoral Control is a failure, and try to come up with a system of school governance that involves everyone, and that will make all schools better.
That is 'What You Should Know'.

Email ThisBlogThis!Share to TwitterShare to FacebookShare to Pinterest
Labels: WHAT YOU SHOULD KNOW - CHARLES BARRON IS RIGHT: OUR CHILDREN CAN’T TAKE 3 MORE YEARS OF FAILURE