Preet Bharara, the United States Attorney for the Southern District of New York, James J. Hunt, the Special Agent-in-Charge of the New York Field Office of the Drug Enforcement Administration (“DEA”), and James P. O’Neill, the Commissioner of the New York City Police Department (“NYPD”), announced the unsealing of a complaint charging VICTOR PETERSON, 54, with selling fentanyl-laced heroin that resulted in the death of a 39-year-old Upper West Side man.

The complaint alleges that, on or about October 20, 2016, PETERSON distributed heroin laced with fentanyl that resulted in the death of Kevin Coombs, age 39, of Manhattan. The complaint also alleges that PETERSON sold heroin and crack cocaine to undercover NYPD officers on other occasions. PETERSON was arrested this morning and will be presented today before United States Magistrate Judge James L. Cott. PETERSON faces a mandatory minimum term of 20 years in prison.

Manhattan U.S. Attorney Preet Bharara said: “The opioid abuse epidemic has claimed far too many lives, and 39-year-old Kevin Coombs was one such life cut short. As alleged, Victor Peterson sold the fentanyl-laced heroin that tragically killed Kevin Coombs. Thanks to the outstanding partnership with the DEA and the NYPD, we continue to combat the deadly opioid crisis one alleged drug dealer at a time.”
DEA Special Agent-in-Charge James J. Hunt said: “Last year the CDC announced that there were over 52,000 fatal drug overdoses in the US; here in NYC, three people died everyday as a result of a drug overdose. DEA is focusing our enforcement efforts on major heroin and fentanyl distribution organizations, in addition to investigating and arresting the street dealers who sell the fatal dose that takes the life of another.”
Commissioner James P. O’Neill said: “The defendant in this case is facing the possibility of life in prison for allegedly selling fentanyl-laced heroin to a 39-year-old man who died of an overdose. Law enforcement is committed to investigating overdoses like this to hold those who sell these deadly opioids criminally responsible. I want to thank the NYPD detectives, DEA agents, and US Attorney Preet Bharara for their work that led to today’s arrest.”
According to the allegations in the Complaint[1] filed in federal court:
Kevin Coombs was found unresponsive by NYPD officers and paramedics on the afternoon of October 21, 2016. Coombs was transported to the hospital, but later died from an overdose of heroin and fentanyl. Prior to Coombs’s death, Coombs composed, but did not send, a text message to PETERSON in which Coombs stated, “Man that shit is so good. I literally just finished the last o[n]e.”

The maximum potential sentences in this case are prescribed by Congress and are provided here for informational purposes only, as any sentence for the defendant will be determined by the judge.

The prosecution of this case is being overseen by the Office’s Narcotics Unit. Assistant U.S. Attorney Andrew Thomas is in charge of the case.

Preet Bharara, the United States Attorney for the Southern District of New York, announced that ROOSEVELT WILLIAMS, a/k/a “Mumsie,” 59, was sentenced to a term of 12 years in prison, and forfeiture of over $100,000 in drug proceeds and property, for his extensive heroin dealing in and around Poughkeepsie, New York. As set forth in WILLIAMS’s plea agreement, and the materials submitted in connection with sentencing, the distribution of that heroin resulted in both fatal and non-fatal overdoses. He was sentenced today in White Plains federal court by U.S. District Court Judge Nelson S. Román. On November 10, 2016, Tony Reynolds, 58, was sentenced, also by Judge Román to a term of 13 years in prison, and to forfeit $5,000 in drug proceeds, for his role in distributing heroin with WILLIAMS.
U.S. Attorney Preet Bharara stated: “Roosevelt Williams sold what became notorious in and around Poughkeepsie as a highly potent brand of heroin. And even as overdoses from Williams’s heroin grew, he continued to sell. For his cold-hearted drug dealing that contributed to the devastation of heroin abuse in our communities, the Court has handed down a stiff sentence of 12 years in prison. We hope this prosecution gives some measure of closure and comfort for the victims’ families, and we thank the Drug Enforcement Administration and our many local law enforcement partners for their extraordinary efforts on this case.”
According to the Complaints and Information filed in White Plains federal court, as well as statements made in connection with the plea and sentencing proceedings:
Over the course of several months, WILLIAMS and Reynolds conspired to sell significant quantities of a highly potent brand of heroin, dubbed “Empire” by a stamp on each bag sold, which had a devastating impact on users in and around Poughkeepsie, New York. The Empire brand became notorious among heroin users in the area as being particularly strong and posing a high risk of overdose. Even as this reputation and the number of overdoses grew, the defendants continued to sell significant quantities of Empire heroin virtually every day.

From at least in or about November 2015 through December 2015, law enforcement engaged in controlled purchases of Empire heroin on five occasions. Each of these sales was made by either WILLIAMS or Reynolds. Law enforcement recovered over $100,00 in cash and two firearms from WILLIAMS’s residence.
Posted by 100PercentBronx at 10:33 AM No comments:

Graduation rate rises to 72.6 percent and dropout rate hits low of 8.5 percent with largest improvements for Hispanic and Black students

“Our public schools are unquestionably the strongest they’ve ever been – we’re graduating more students than ever before, and we are on track to reach our Equity and Excellence for All goal of 80 percent of students graduating on time,” said Mayor Bill de Blasio. “From Day 1, we’ve believed in the promise of our public schools as the ladder to success for all New Yorkers, and we are raising the bar at every school in every zip code.”

“Our record-high graduation and the record-low dropout rates are a testament to the hard work of our students, their families, and our educators,” said Schools Chancellor Carmen Fariña. “Our focus has always been on the work going on in every classroom, and that’s where it’s going to stay. While this is a day to celebrate progress, we’re working harder than ever to improve instruction and provide equity and excellence for all students.”

The rates below are the graduation and dropout percentages among the cohort of all students who entered 9th grade in the fall of 2012. All percentage point changes are comparisons to the previous year.

Graduation rates improved across all ethnicities, with Hispanic and Black students posting the highest gains:

Dropout rates fell or remained the same across all ethnicities:

The progress extends to elementary and middle school grades – students made substantial gains on the most recent State English and math exams. For the first time, City students are now outperforming their New York State peers in English.

Mayor de Blasio and Chancellor Fariña’s Equity and Excellence for All initiatives are building a pathway to success in college and careers for all students. Our schools are starting earlier – free, full-day, high-quality pre-K for every four-year-old through Pre-K for All. They are strengthening foundational skills and instruction earlier – Universal Literacy so that every student is reading on grade level by the end of 2nd grade; and Algebra for All to improve elementary- and middle-school math instruction and ensure that all 8th graders have access to algebra. They are offering students more challenging, hands-on, college and career-aligned coursework – Computer Science for All will bring 21st Century computer science instruction to every school, and AP for All will give all high school students access to at least five Advanced Placement courses. Along the way, they are giving students and families additional support through College Access for All, Single Shepherd, and investment in Community Schools.

More information on New York City’s graduation and college readiness and rates can be found at http://schools.nyc.gov/Accountability/data/GraduationDropoutReports/default.htm.

Bronx Chamber of Commerce - ATTRACT NEW BUSINESS in the BRONX 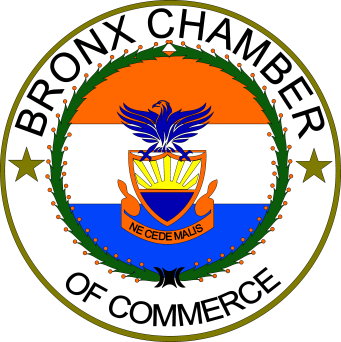 ATTRACT NEW BUSINESS in The BRONX

Promote your company and Salute the distinguished Honorees at the Bronx version of the Academy Awards at the BRONX BUSINESS AWARDS 2017 Gala Celebration scheduled for Thursday, March 9, 2017 5:30 - 10:30 pm at the elegant Marina del Rey Caterers, 1 Marina Drive, Bronx, NY 10465.

Please forward advertising copy as soon as possible and no later than February 16, 2017.

Preliminary list of advertisers include:
I hope you plan on attending 2017 Gala! Take Advantage of the Early Reservation Discount for paid reservations before February 24, 2017.
Excitement for this fabulous event continues to grow each day.
The distinguished honorees are:
John Catsimatidis, Red Apple Group
DEVELOPER OF THE YEAR AWARD
Ensign Engineering
MWBE COMPANY OF THE YEAR AWARD
The Woodlawn Cemetery
NON-PROFIT OF THE YEAR AWARD

To make reservations, advertise and or sponsor, click on the following link: 2017 Gala RSVP form

Members are encouraged to donate their promotional items to the Gift Bag given to each guest. For more information contact Phil Cardone at (718) 828-3900 or email: Events@BronxChamber.org
The Bronx Chamber of Commerce is one of the most influential, professional and successful organizations and voice for businesses in Bronx County. Professionals and companies are drawn to the successful companies and active members affiliated with The Bronx Chamber of Commerce. Membership includes businesses ranging from large corporations, Cultural Institutions, Universities and Colleges, Hospitals and Medical Centers, non-profits, and mid-sized to small companies.
Nunzio Del Greco
President and CEO
Bronx Chamber of Commerce
"The Network For Business Success"
1200 Waters Place, Suite 106
Bronx, NY 10461
718-828-3900
Nunzio@bronxchamber.org

"You never know where your next big deal is going to come from"!

Email ThisBlogThis!Share to TwitterShare to FacebookShare to Pinterest
Labels: Bronx Chamber of Commerce - ATTRACT NEW BUSINESS in the BRONX

Today CB 7 held a well attended breakfast titled "Soaring Heights Eagle and Wind Beneath My Wings Awards"  which were given out to many veterans who served in the various armed forces.

Above - The many beautiful awards which were presented to the honored veterans.
Below - Bronx Community Board 7 Veterans Committee Chair Ms. Robyn Saunders and Senior Services Chair Ms. Nora Feury co-hosted the award event.

Above - There was a table set up for that soldier who did not return home from war, and who was still considered to be Missing In Action.
Below - Congressman Espaillat is seated with Bronx DA Clark. Assembly members Gjonaj and Dinowitz are seated at the next table.

Above - Councilman Torres and Assemblyman Pichardo were seated together.
Below - Mr. Joseph Binder a World War Two veteran who will turn 100 this April was a Soaring Heights Eagle Award recipient.

Above - State Senator Gustavo Rivera, Below - Assemblyman Mark Gjonaj were a couple of the elected officials to speak, honoring the veterans not only in attendance but all veterans.