Vigil For Victim Shot and Killed by Van Nest Park 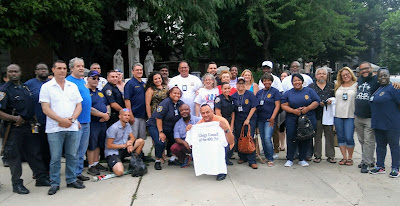 The Van Nest Community, neighboring community organizations, and community activists came out at a steamy rain threatened time on the eve of the Fourth of July against the senseless homicide that occurred on Tuesday June 19th at 4 PM in the Van Nest community. They were protesting the shooting that killed a man less than one block where the incident occurred, which is also next to a playground/park.

According to reports Mr. Jose Velez was shot and pronounced dead at the hospital he was taken to. A witness engaged to marry the victim said that there was an argument with an unknown man, when a third man police say was Mr. Michael Rodriguez shot Mr. Velez who died of his wounds. Police are looking for Mr. Rodriguez and the unknown other person involved in this shooting. 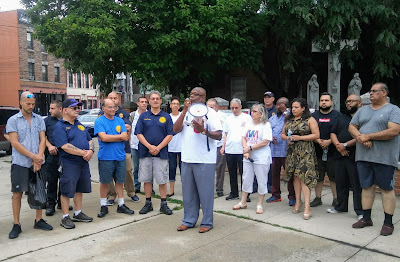 Above - Pastor Jay Gooding who led a similar neighborhood protest in Soundview last week where three people were shot and killed, began the vigil.
Below - Ms. Bernadette Ferrara President of the Van Nest Neighborhood Alliance speaks about the uptick in violence in the Van Nest area. 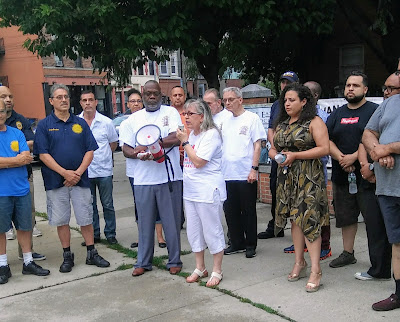 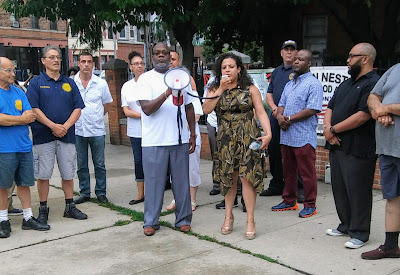 Above - Assemblywoman Nathalia Fernandez pledged her cooperation and support in helping to stop the violence which is occurring in the area.
Below - Father Robert Badillo reads a statement calling for an end to this violence in his church area. 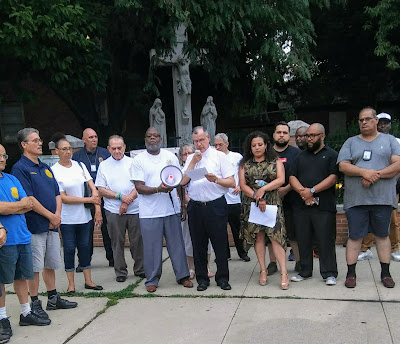 Email ThisBlogThis!Share to TwitterShare to FacebookShare to Pinterest
Labels: Vigil For Victim Shot and Killed by Van Nest Park