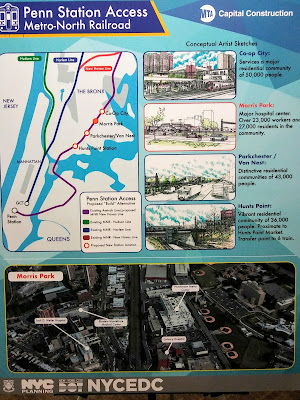 Above is the map of the four scheduled new Metro North stations for the East Side of the Bronx. Stations are to be located at Coop-City, Morris Park, Parkchester, and Hunts Point to serve the under served East side of the Bronx, and to have train service to the midtown area in less than thirty minutes.

Tuesday's workshop was at Einstein Hospital, and was well attended. There were many areas set up where peoples opinions of what the community was looking for in and around this new Morris Park Metro North Station could be noted. City agencies such as City Planning, Department of Transportation, Economic Development, and even the Department of Housing preservation were on hand to answer questions and write down suggestions from the people who live, work, or visit the area. 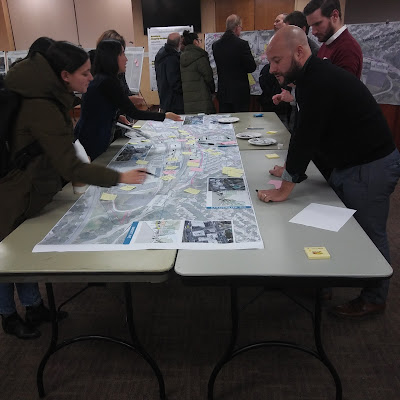 Above - A detailed map of the area as it currently stands was set up across several tables, where people could make notes on post its,and put them on the map for the city to see what the community wanted and where.
Below - Al D'Angelo (Chair of CB 11, and President Of the Morris Park Community Association) is at one site to give his opinion of what should be done. 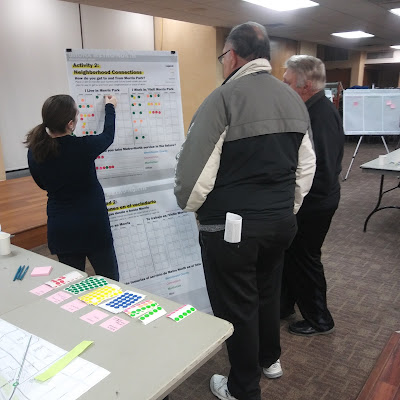