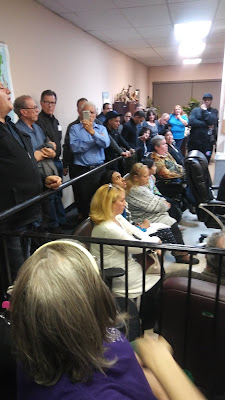 Tuesday's Community Board 10 Health Committee brought out a crowd for the presentation by Miracle Mile City Center at 2800 Bruckner Boulevard. The Health and Human Services Committee is chaired by Ms. Nancy Rosario.

Chief Compliance Officer Andrea L. Carson gave a vague presentation of what Miracle City was currently doing in the CB 10 community. She said that it is a home based at the moment, but that an 822 application has been submitted to the state to be able to give counseling to people on site at 2800 Bruckner Boulevard. Sessions could be thirty, forty-five, or sixty minutes long depending on the subject and severity of problem. She added that the counseling could be on alcoholism, drug problems, gambling, smoking, opioid, or other addictions. She stressed that there would be no drugs stored on site.

Board members first asked questions which were answered that the program is needed in the community and the Bronx. A security guard would be on site, and that Miracle City would only occupy half of the second floor having no more than eighty people including staff in the building. The hours would be 9 AM to 6 or 7 PM, six days a week. The official start date was not known yet as the application still has to be submitted to the state.

Questions from the public included the need for a facility like this in Throggs Neck, if the facility would dispense any drugs, security to the nearby schools and homes, how are the owners of the building involved.

Miracle City CCP Corson replied by saying the facility is needed in the community board 10 area of Throggs Neck, Coop-City, as well as the entire Bronx. She repeated that no drugs would be given out. That there would be no security problems with their security on site. Mark Bassori and James Pecletta two of the owners of 2800 Bruckner Boulevard were in attendance and said yes they were involved in Miracle City. 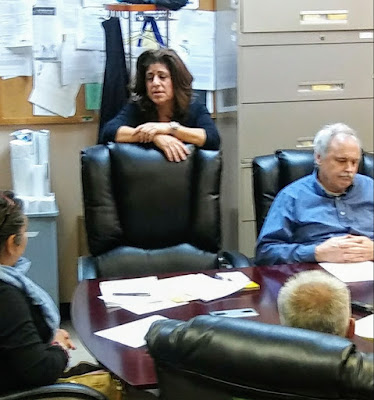 It was a long evening for Andrea Corson, but Miracle City by meeting with Community Board 10 during a public hearing of the Health and Human Services Committee has met its requirement to meet with the community.