The main item on the Social Services Committee agenda Tuesday may 7th was the proposed men's shelter at 2008 Westchester Avenue. Representatives of Samaritan Village and the Department of Homeless Services were on hand to answer questions by committee members.

District Manager William Rivera went through the timeline which began on February 22th 2019. The various meetings with and without the elected officials. CB 9 Chair Nick Himdian, had many questions for DHS representative (and former Councilwoman) Annabelle Palma, some of which she could not answer. One question was the cost to the city of the nine year contract with Samaritan Village, That question is very important because Samaritan Village said that it would have seventy-one workers at the men's shelter, and former Councilwoman Palma should of had that information for the board and the public. She also could not answer two other questions looking unprepared for the meeting with CB 9. It appeared Palma was getting no help from Samaritan Village representatives as they only answered questions that were directed at them.

Why State Senator Luis Sepulveda was involved when the proposed shelter many wanted to know, since the proposed shelter is in State Senator Alessandra Biaggi's district. Senator Biaggi was not involved in any meetings, and only issued a statement of support for the shelter. The next and last step in the process will come at the full Community Board 9 meeting Thursday May 16th, the location has not been announced as of yet. 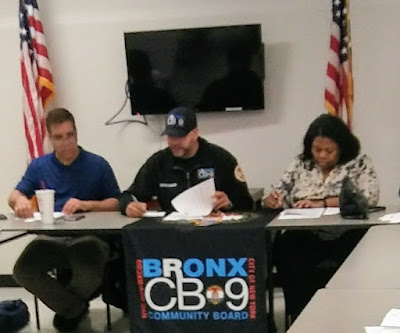 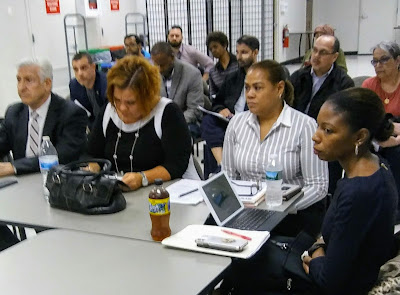