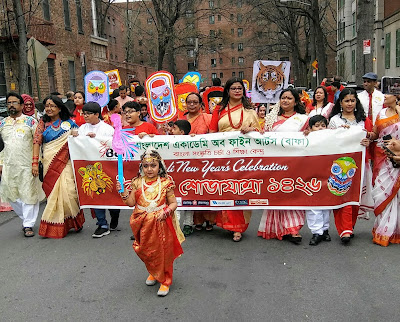 Sunday BAFA the Bangladesh Academy of Fine Arts celebrated the Bengali New Year with a parade through the streets of Parkchester Sunday afternoon.

The parade started outside PS 106 on Olmsted Avenue with a police escort from the 43rd. Precinct. The marchers turned right on Starling Avenue to Unionport Road where they moved north for two blocks before turning South on Unionport Road heading back to Starling Avenue. The marchers then went two blocks past Olmsted Avenue to Odell Avenue where the dancing began.

After celebrating on Odell Avenue the almost 200 marchers asked the police officers who escorted the marchers to join in to take a few photos. 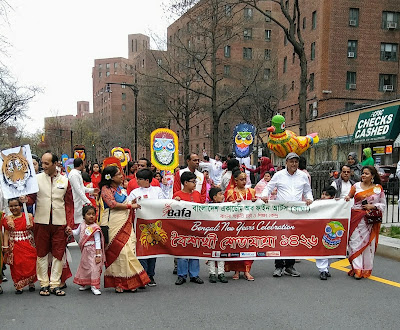 Above - The BAFA Parade proceeded through Parkchester up Unionport Road.
Below - There was Dancing in the Street on Starling Avenue in Parkchester. 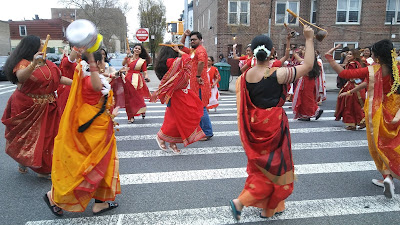 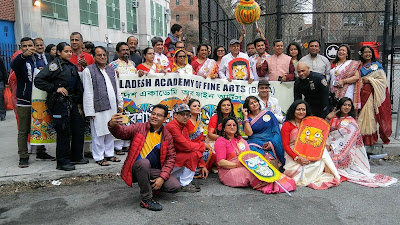 After the parade members of BAFA invited the police officers who guided the parade to join in on a group photo.