Most journeys have a beginning and end point, and today, we commemorate a march on this continual journey to justice, equity, and true freedom. This is a journey that began when the first Black people were brought, against their will, to the land that would become the United States of America.

Today marks a very important stop on our journey. On August 28th, 1963, more than 250,000 Black people and allies organized, met, and created the March on Washington in support of jobs, justice, equity, and real freedom. People arrived on trains, in busses, in carpools, from across the nation. A program of inspiration and leadership compelled America to recognize that Black people were not fully enjoying the rights promised to us all. One hundred years after the Emancipation Proclamation, as Dr. King said, we are still not free.

Dr. Martin Luther King, Jr. shared that his Dream, the American Dream, is not yet fully realized. John Lewis, the youngest speaker of the day, demanded that our government protect civil rights workers under attack. All of the leaders who spoke inspired the crowd of a quarter million people to continue the journey. 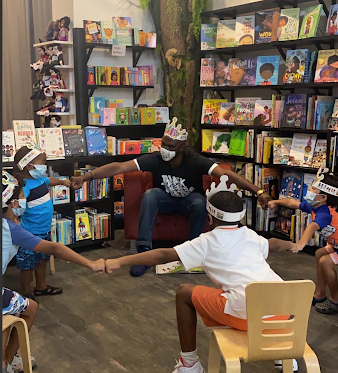 On this anniversary, I chose to honor our fellow Brothers and Sisters in sports who will not just shut up and dribble, but rather, stand up and lead. I read the words of Lebron James' "I Promise" to four young Kings of Color at The Lit Bar in The Bronx, thanks to our local Shero Noelle Santos. I want them to Dream Bigger Dreams.

Paid for by Friends of Michael Blake