It may not have been the WWE with wrestling stars like John Cena, The Rock, or CM Punk, but it was great fun for the hundreds that came to the St. Francis Xavier gym Saturday night.  They saw stars and former champions like Greg "The Hammer" Valentine, Scottie 2 Hottie, Rocky Jones, and even Bronxite "Ghetto Brown" who stole the hearts of many in the crowd when he defeated the mean spirited winner of the "Battle Royal" Trista Law. One little girl even said that her favorite wrestler was "The New Kid Dynamite", because he wrestled at St. Francis Xavier last year. Below are photos of the action, click any to enlarge the photo 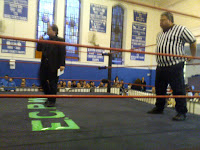 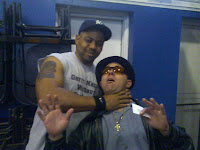 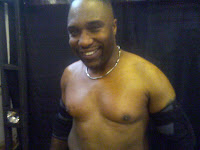 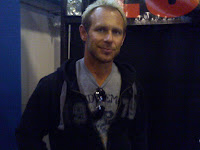 Left- Close up of Ghetto Brown.  Right- close up of Scottie 2 Hottie before the action started. 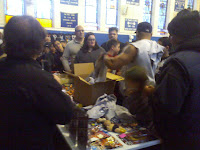 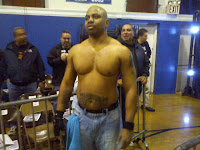 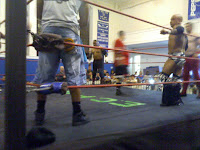 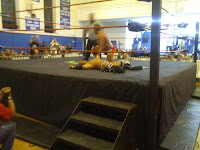 Left - Vito "Mr.Italy" Carusso has Sal "The Shore Thing" DeMarco on the mat, right before the 123 count that sent DeMarco back to the Jersey Shore.   Right- Action going on in the Battle Royal. 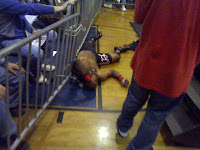 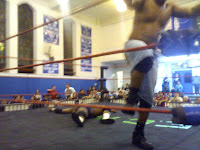 Left- A wrestler is eliminated from the battle Royal landing next to the metal railing Ouch.  Right- Ghetto Brown going to the top rope for his finishing move to defeat Trista Law. 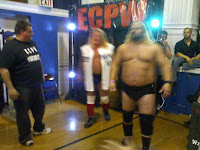 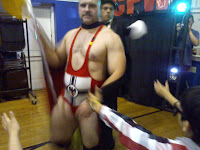 Left- "The Foreign Exchange with their manager Sir Lance Profit enter for their match against, (on the right) "America's Team" of Greg "The Hammer " Valentine and Andrew Anderson. 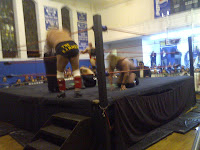 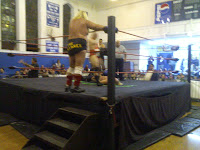 Left- The Hammer comes in to help his partner.  Right- Andrew Anderson about to go for the pin. 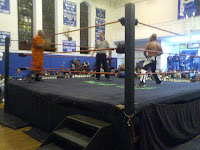 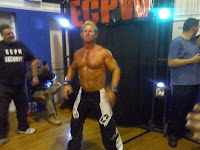 Left- Scottie 2 Hottie enters for his match.   Right- Scotties opponent (out on good behavior) "Crazy Ivan" in his prison jumper waits as Scottie warms up in the ring. 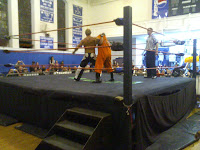 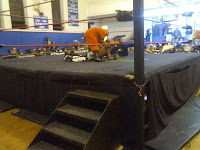 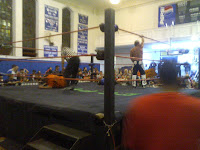 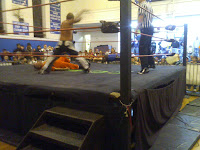 
The annual Spring Fling  by the Liberty Democratic Association (based in the 80th A.D.) was a huge success, as over 75 people and many elected officials came to cheer on the LDA.
New York City Comptroller John Liu, Manhattan Borough President Scott Stringer, City Councilman Jimmy Vacca, State Senators Jeff Klein and Gustavo Rivera, State Assembly Members Jeffrey Dinowitz, Marcos Crespo, and Honoree Assemblywoman Vanessa Gibson. Conspicuously absent was 80th Assemblywoman Naomi Rivera, while her announced challenger Mr. Mark Gjonaj was in attendance.
All the elected officials praised the LDA in one way or another for their joint or individual help, as all the members of the LDA joined together to say that it is a team effort that makes the LDA so successful in what they do. Click on any photo to enlarge it. 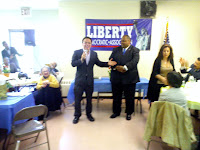 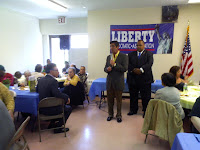 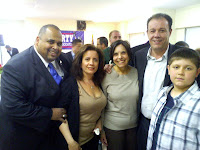 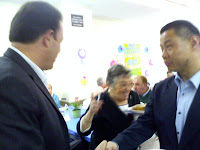 Statement from Assemblyman Marcos A. Crespo:

Over 600 people were in attendance at Marina Del Ray Thursday night April 26th for the Annual Bronx Conservative Committee Dinner. Mr. Mark Gjonaj received not only a special award, but also the Bronx Conservative party endorsement as Bronx Conservative Party Chairman said "It is time we had an assembly member who will fight for the people of the 80th Assembly District".

Ms. Wendy Long who is running for U.S. Senate against Democrat incumbent Kristen Gillibrand was in attendance as she is the choice of the Republican and Conservative parties. Also in attendance was the Bronx Republican Chairman Mr. Jay Savino. Below are just a few photos of the event.

KOPPELL STATEMENT ON ARRESTS MADE IN THE MURDER OF HWANG YANG

Email ThisBlogThis!Share to TwitterShare to FacebookShare to Pinterest
Labels: BX Chamber of Commerce


City Comptroller John C. Liu issued the following statement about the Mayor’s veto of the Prevailing Wage Bill:
“As a City employee the Mayor continues to ignore the widening wealth gap within the five boroughs. In opposing these bills, he is sending the wrong message, that our scarce taxpayer resources are better spent on lining the pockets of wealthy corporate executives rather than creating fair-paying jobs to support working families and the communities in which they live.  Needless to say, my office looks forward to the Council overriding these vetoes, and to continuing to enforce Prevailing Wage Laws, which help promote equality and fairness in our City.”
*****************************************************