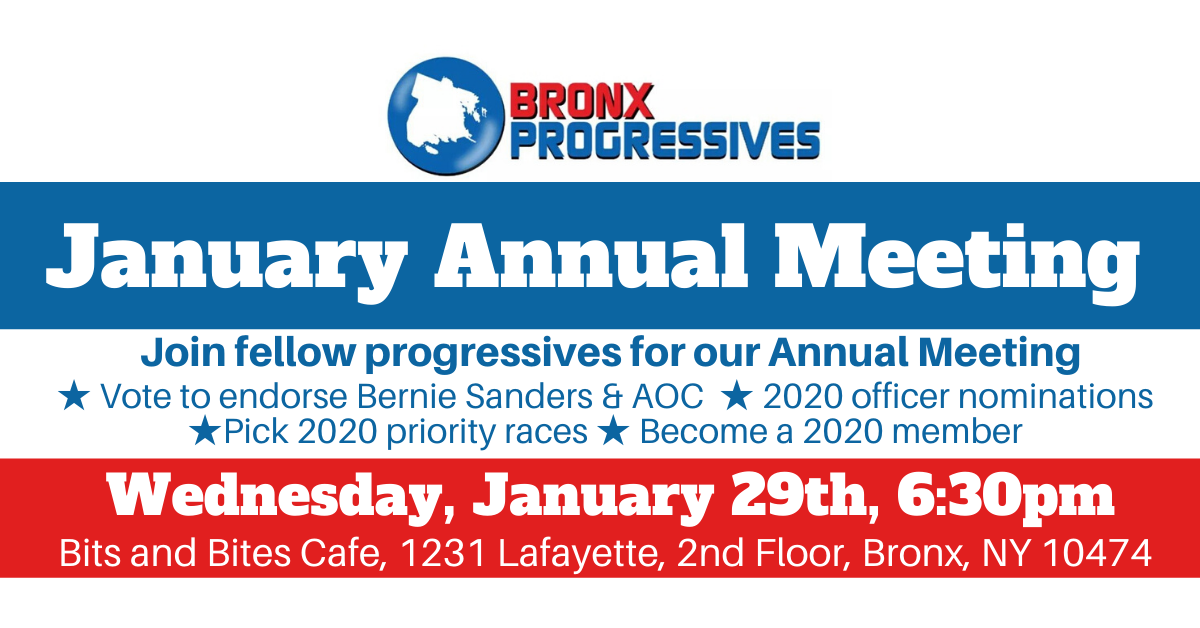 We will be giving an update of our prior year, having a vote to endorse Bernie Sanders and Alexandria Ocasio-Cortez, decide other priority races, and take nominations for the executive committee!

We look forward to seeing you all on January 29th at 6:30pm! We welcome all to bring a dish to share!

***This meeting is ADA accessible and is a safe space for all races, religions, sexes, gender identities, ages and beliefs***

We were at the recent meeting of Bronx Progressives which took place in September 2019 the day before Samelys Lopez announced her bid for the 15th Congressional District.

Were those eight people ineligible to run?
Why is there another nomination and election?
Did 15th Congressional candidate Samelys Lopez do something improper while running and then nominating eight people even though there were only six voting members present?