“Illegal guns have no place in our homes or on our streets,” said Attorney General James. “These individuals put all of our communities at risk by allegedly trafficking dozens of guns, including assault weapons, from other states into New York. Our streets are a little safer tonight because of this investigation and I thank the New York Strike Force for their invaluable partnership.”
Some of the assault weapons, semiautomatic pistols, revolvers, high-capacity ammunition feeding devices, and more than one thousand rounds of ammunition recovered through this gun trafficking operation. 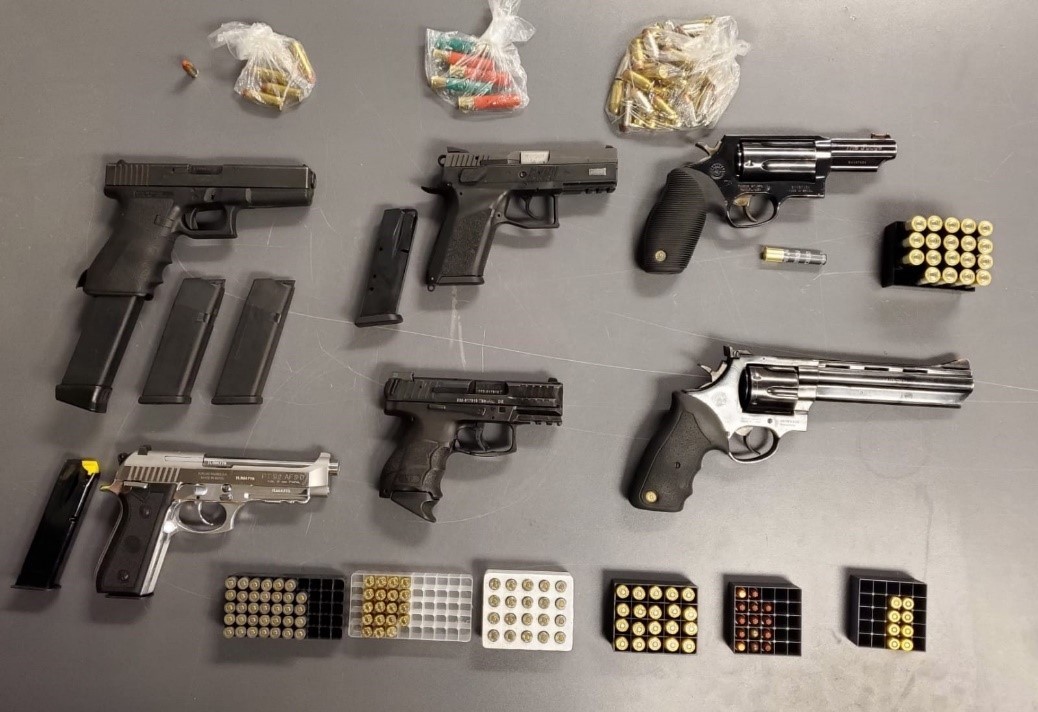 Some of the assault weapons, semiautomatic pistols, revolvers, high-capacity ammunition feeding devices, and more than one thousand rounds of ammunition recovered through this gun trafficking operation.
Today’s take down was the result of a joint investigation between the Attorney General’s Organized Crime Task Force (OCTF) and the New York Strike Force — a crime-fighting unit comprising federal, state, and local law enforcement agencies, supported by the Organized Crime Drug Enforcement Task Force and the New York/New Jersey High Intensity Drug Trafficking Area.
The investigation — dubbed “Operation Silence of the Lamm” after one of the defendants — included the use of physical surveillance, electronic surveillance, and undercover operations. During the course of the recorded transactions, the defendants repeatedly referenced their ability to obtain guns from other states and bring them into New York to be sold. The four defendants were charged with Criminal Sale of a Firearm, Criminal Possession of a Weapon, and Conspiracy for their participation in the illegal gun trafficking operation.
According to the indictment, Scotbert Green acted as a broker between his firearms suppliers, James McNulty and Carl Singer, and sold firearms and ammunition to undercover officers on nine occasions between January 28, 2019 and June 26, 2019. Similarly, McNulty obtained firearms from his supplier, Harold Lamm, and sold numerous firearms and ammunition to undercover officers on five occasions between April 4, 2019 and October 24, 2019.
In a separate 28-count indictment, McNulty is also charged with selling an additional seven firearms, including an assault weapon, four high-capacity ammunition feeding devices, and ammunition to an undercover officer on January 27, 2020.
The investigation resulted in the recovery of the following firearms and ammunition from the defendants:
Seven 9-millimeter semiautomatic pistols
Seven .45 caliber semiautomatic pistols
Four .40 caliber semiautomatic pistols
Four .380 caliber semiautomatic pistols
Two .32 caliber semiautomatic pistols
Two .38 caliber revolvers
One .410-gauge revolver
One .44 magnum revolver
One .44 special caliber revolver
One .9-millimeter semiautomatic rifle (assault weapon)
One 9-millimeter semiautomatic pistol (assault weapon)
One .455 caliber revolver – inoperable
One .357 caliber revolver
One 12-gauge shotgun – not chargeable
1,063 rounds of ammunition
18 high-capacity ammunition feeding devices

"Gun traffickers invade our communities by putting weapons in the wrong hands for the wrong reasons," said DEA Special Agent in Charge Ray Donovan. "By seizing 32 illegal guns from the streets of Long Island, we are making our communities safer from gun-related crime and violence. I applaud the men and women whose diligent work led to these arrests and seizures.”
“The four suspects who were running this illegal gun trafficking operation had absolutely no regard for the potential damage that could have been inflicted if these firearms ended up in the wrong hands,” said State Police Superintendent Keith M. Corlett. “I commend our members and all our partners for their outstanding work on this case. Taking these firearms off the streets prevented future crimes and may have saved lives.”
“I would like to thank Attorney General James and the NY Strike Force for bringing down this gun trafficking ring and seizing dozens of guns that were destined for communities here on Long Island,” said Suffolk County Executive Steve Bellone. “This investigation sends a strong message about our unrelenting commitment to reducing firearm violence in Suffolk County and keeping illegal weapons off of our streets.”
“When law enforcement investigates criminals who are illegally selling firearms, they are putting themselves in harm’s way in order to prevent these weapons from ending up in the wrong hands,” said Suffolk County District Attorney Timothy Sini. “Illegal gun trafficking — particularly the illegal sale of assault weapons — can have deadly consequences, which is why every time an illegal trafficking operation is shut down, it has potentially saved lives. I thank Attorney General James, the New York Strike Force and all of the partnering agencies involved in this investigation for their vigilance in targeting gun traffickers and continuing to keep Suffolk County safe.”
“The number of firearms, to include automatic weapons, that were seized during this operation is a clear representation of the potential violence that the alleged gun traffickers were ready to contribute to,” said Peter C. Fitzhugh, Special Agent in Charge of HSI New York. “HSI, along with its law enforcement partners, prioritize the safety of our citizens and will aggressively pursue investigations into those who are willing to supply dangerous weapons contrary to the law.”
The Office of the Attorney General wishes to thank the members of the New York Strike Force for their partnership in this investigation, including the New York Division of the Drug Enforcement Administration (DEA); the New York State Police; the New York City Police Department; Immigration and Customs Enforcement – Homeland Security Investigations; the U.S. Internal Revenue Service Criminal Investigation Division; the Bureau of Alcohol, Tobacco, Firearms and Explosives; the U.S. Customs and Border Protection; the U.S. Secret Service; the U.S. Marshals Service, the New York National Guard; the Clarkstown Police Department; the U.S. Coast Guard; the Port Washington Police Department; and the New York State Department of Corrections and Community Supervision.
The Office of the Attorney General also wishes to thank the Suffolk County Police Department, the Suffolk County District Attorney’s Office, and members of the DEA’s New York Drug Enforcement Task Force for their valuable participation and assistance in this investigation.
The joint investigation with the Drug Enforcement Administration’s New York Field Division Organized Crime Drug Enforcement Strike Force was directed by OCTF Investigators Bradley Rutty and Andrew Scala, the U.S. Army National Guard Counterdrug Task Force, and Supervising Investigator Paul Grzegorski, under the supervision of OCTF Assistant Chief John Sullivan and Deputy Chief Christopher Vasta. The Attorney General’s Investigations Division is led by Chief Oliver Pu-Folkes. .
The charges against the defendants are merely accusations and the defendants are presumed innocent unless and until proven guilty.
Additional photos of firearms and ammunition recovered: 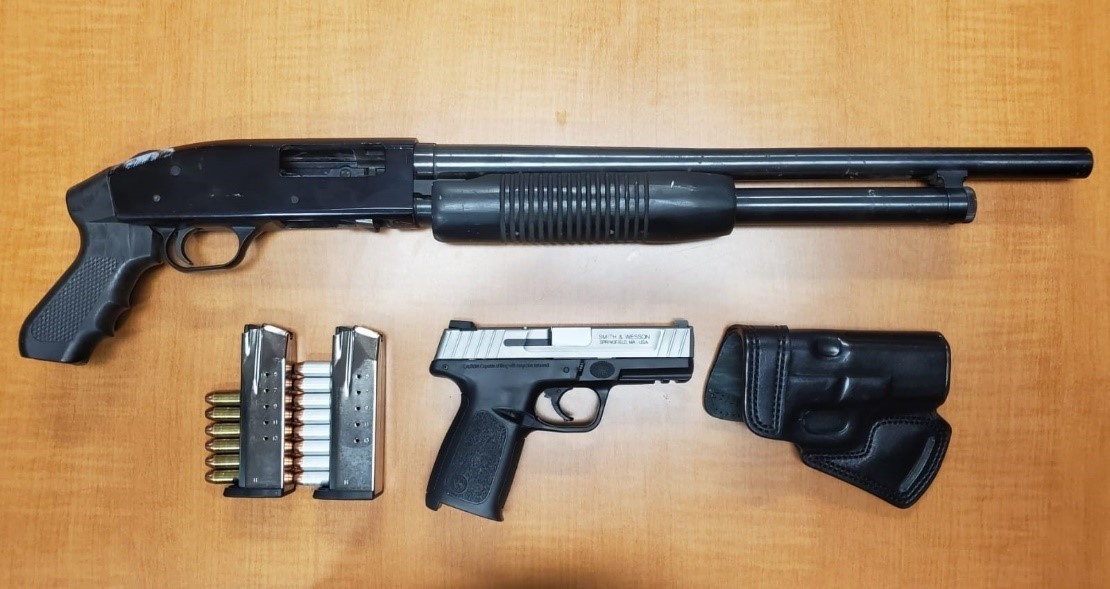 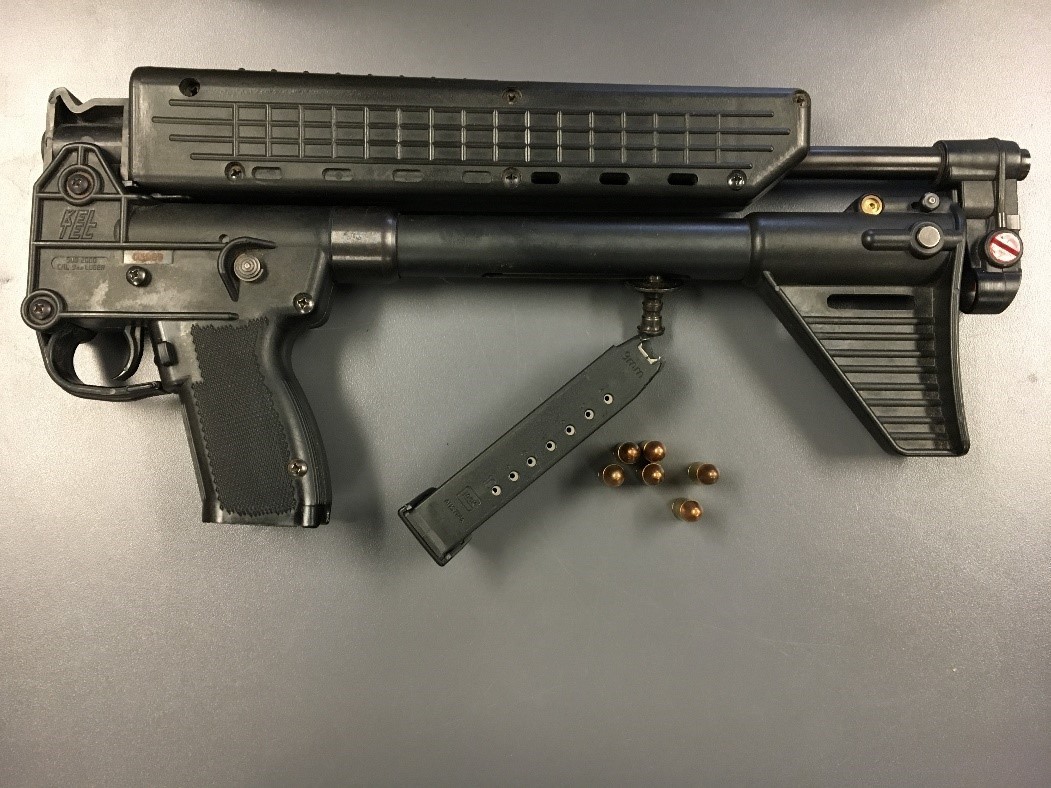 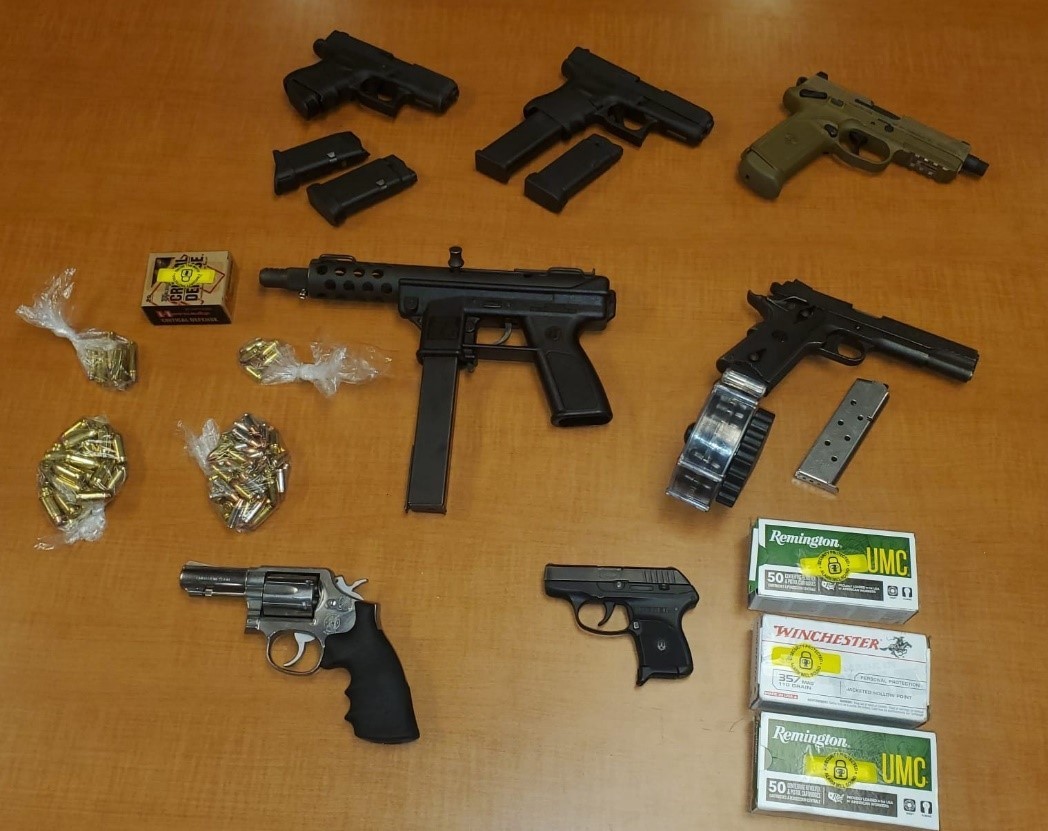