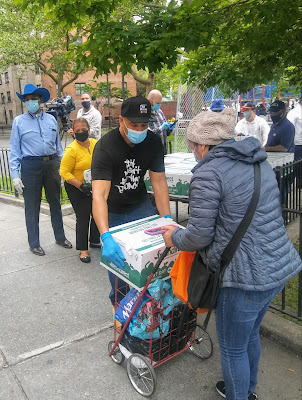 In what he called 'Throw Back Thursday' Bronx Borough President  Ruben Diaz Jr. joined with his father Councilman (and 15th Congressional candidate) Ruben Diaz Sr. at the Moore Houses on Jackson Avenue to hand out five-hundred boxes of various foods provided by Fresh Direct.

The Moore houses is where young Ruben Diaz Jr, lived. He went to the public school across the street up to grade two, when young Ruben Diaz Jr. was placed in a gifted and talented program in another school. The rest is history as he married his high school sweetheart, became the youngest member of the New York State Assembly, and then Bronx Borough President. The borough president said this was not an endorsement of his father for congress, as he had done the same with one of his father's opponents at another location. In all there were five-hundred happier people thanks to former tenants of the Moore houses Ruben Diaz Jr. and Ruben Diaz Sr. 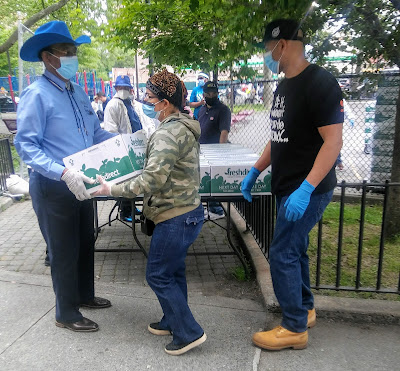 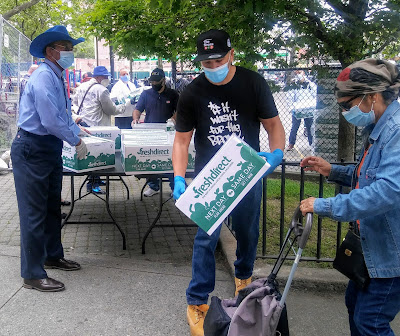