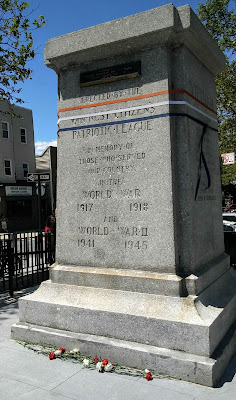 This new War Memorial remembering soldiers from World War 1, World War 11, The Korean and Vietnam Wars, and the most recent wars overseas in the Middle East was dedicated this afternoon. This monument was made possible with the help of Councilman Ritchie Torres said VNNA President Bernadette Ferrara.

The ceremony was dedicated to a former local resident who went to fight for his country in World War Two, but never made it home alive. Dominick Farina perished when the ship the USS Mount Hope he was on blew up in November 1944. Letters he wrote home to his sister Rose were read by Rich Vitaelo, Gene De Francis, and Ricardo Garcia. Dominick's nieces Virgina and Victoria along with nephews John and Tom were on hand as Victoria was given a flag that flew over the U.S. Capital and a memorial plaque from the VNNA.

After wards the ribbon was cut for the new War Memorial in Van Nest. 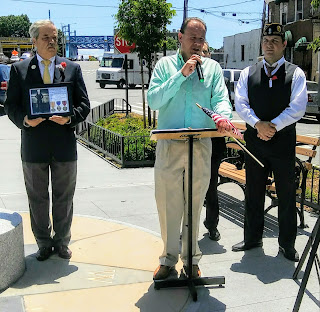 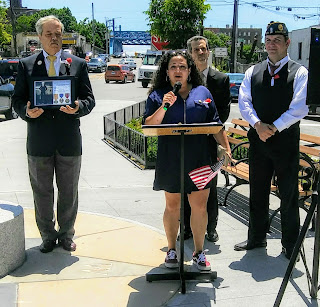 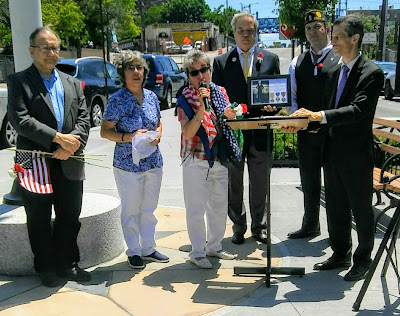 Above - Dominick Farina's niece Victoria is speaking as niece Victoria and nephew John are to her right. Ricardo Garcia, Gene De Francis, and Rich Vitaelo to her left.
Below - As the Memorial comes to an end, Taps is played by the Bugler. 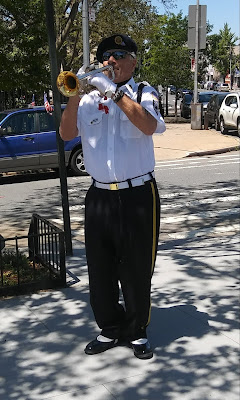 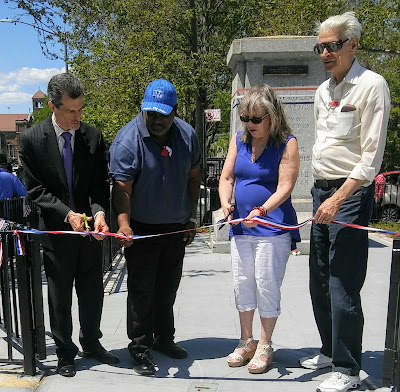 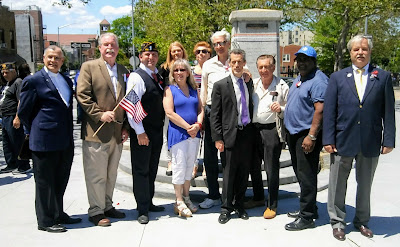