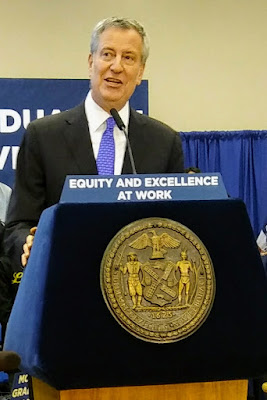 Things are really crazy up in the Bronx. I thought the Bronx Democratic Party Leader had some influence, but that must have been County Leaders like Jose Rivera, Carl Heastie, and even Marcos Crespo, but now I understand why Crespo bailed for a high paying job with Montefiore Hospital.

Jamaal Bailey you are abandoning your district leaders, and they are abandoning their assembly members such as in the 80th A.D. Your undeclared Bronx Borough President candidate winds up at the bottom of the list, and your declared candidate for City Comptroller also is at the bottom of the ballot for that position, where former Bronx Assembly candidate Dion Powell (of all people) gets the number one spot for City Comptroller. Go Dion Powell, 'Powell for the People'.