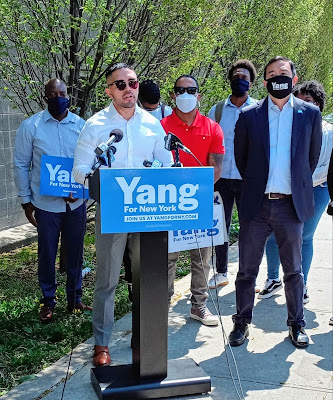 The theme of the press conference after the endorsement was that of dual support to restore and expand the Summer Youth Employment Program. Three past SYEP participants were on hand to say a few words about their experience in the SYEP.

Candidate Yang took a few questions, and I was able to ask him about the slow or lack of repairs in the Nearby NYCHA houses. My question began with Assemblyman Burgos's predecessor and others who had to provide stoves and refrigerators to residents waiting over five years for replacements, and went into my question of Mayor de Blasio in 2016 on the subject. I asked candidate Yang if he knew about the New Green Deal. His answer mentioning Congressman Ritchie Torres showed me that Andrew Yang knew little if anything about the problems that have plagued the NYCHA housing system for the past ten years. The New Green Deal was proposed by Congresswoman Alexandria Ocasio-Cortez shortly after office. 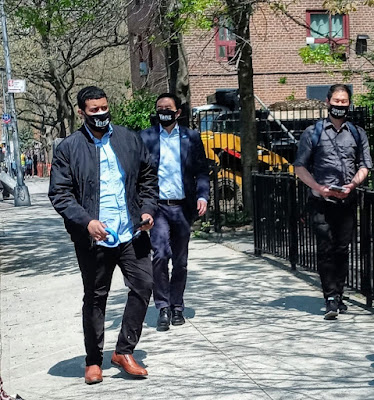 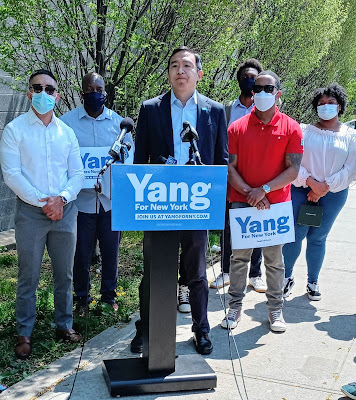 After thanking Assemblyman Burgos for his endorsement, and giving a short speech, Mayoral candidate Andrew Yang answered a few questions.