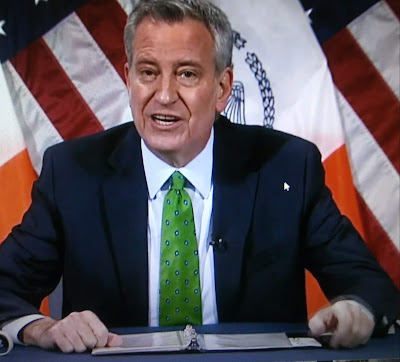 What on earth is going on in the Democratic Primary for Bronx Borough President? One candidate is questioned for a very revealing photo. She comes out with an Op-Ed in my friend Assemblyman Jeffrey Dinowitz's local newspaper, going after an opponent for what he said in a country on the other side of the earth many years ago. The other female candidate did what to a police officer who gave her a ticket, and had to pay a $5,000.00 fine to the COIB, and then there is a State Senator (whom I have no connection to) who gave himself up to police for allegedly doing what to his wife. Let me not forget the former police officer who is not being supported by a powerful police union. Do you wonder why I don't want to go to the Bronx unless I have to?

Charlene I pity the taxes that are going to be imposed on the people of New York. Let's find a state with no income tax at all where we can THRIVE. Then I can write a book like the soon to be former governor whose world is collapsing around him, but let's hope the bridge he named after his father does not collapse like his career has.