It was an afternoon event where over one-hundred people from the community came for a free book bag with school supplies, and other items that any family would need. Female District Leader Latina Jones of the 79th Assembly District had complete control of the event.

People from the area lined up, were given a cloth shopping bag as they signed in, which they then put hand sanitizer, food, a book bag and more into. On hand were two local City Council members, Vanessa Gibson and Rafael Salamanca, Police Commissioner Dermot Shea with police officers from the Housing PSA 7 and 42nd Precinct, The Male District Leader from the neighboring 77th Assembly District, and a couple of candidates for the City Council next year. 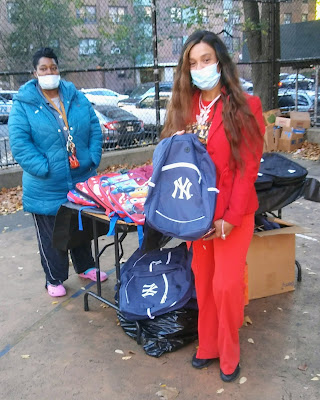 Above - Female District Leader Latina Jones holding up one of the many book bags filled with school supplies that were given out.

Below - The large area set up to give out items and information. 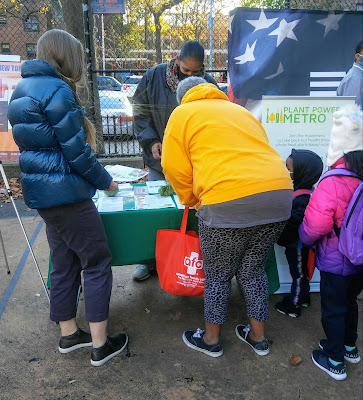 Above - A mother and her children stop by the table promoting Plant based foods over animal based foods. 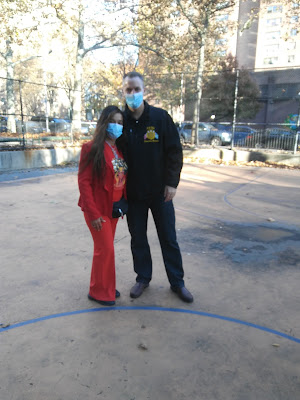 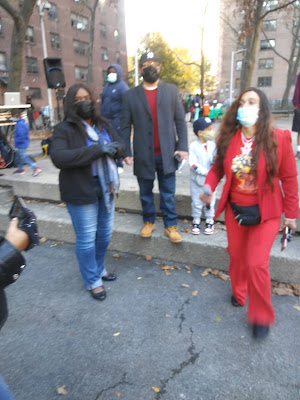 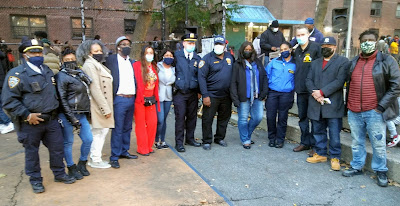