People lined up to receive a large bag of canned goods and fresh produce Monday afternoon at the Parkside Houses located on Adee Avenue in the Bronx Park East section of the Bronx. On hand were Assemblywoman Nathalia Fernandez and State Senator Jamaal Bailey, with several helpers to bring the bags of food from the delivery truck to the people, and the Senior Center at the Parkside Houses.

On Monday November 23rd from 1 - 4 PM Senator Jamaal Bailey will be hosting his annual Turkey Giveaway for Thanksgiving at his district office located at 959 East 233rd Street, between Paulding and Edenwald Avenues. You must RSVP to Senator Bailey's office at 718-547-8854, or SENATORJBAILEY@NYSTATE.GOV 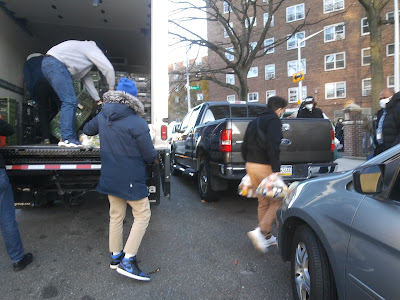 Above - The truck loaded with bags of groceries and produce

Below - The bags of food were brought to the people waiting on line from the delivery truck. 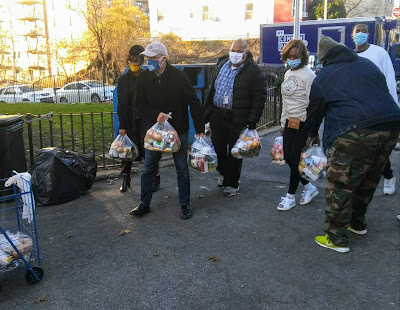 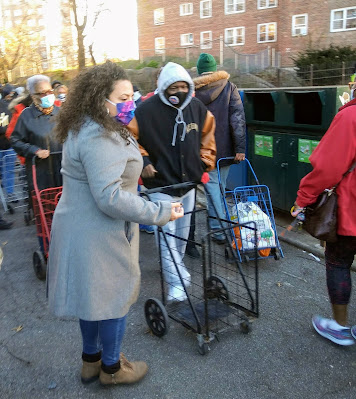 Above - Assemblywoman Fernandez directed traffic by lining people up for those who were bringing the bags of food.

Below - State Senator Jamaal Bailey arrived at the food giveaway speaking with Assemblywoman Fernandez and some of the helpers. 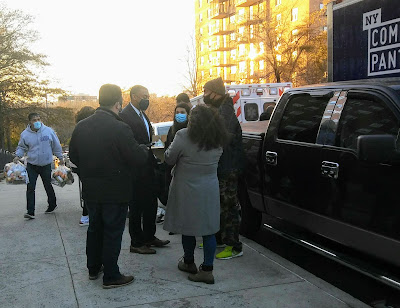 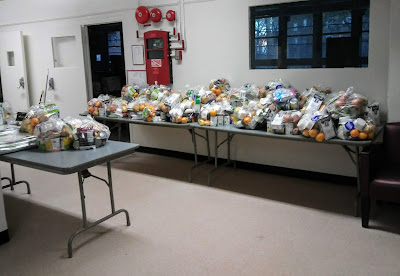 After all the people received their bags of food the extra bags were placed in the senior center for anyone who may not have gotten a bag.
Posted by 100PercentBronx at 7:39 AM