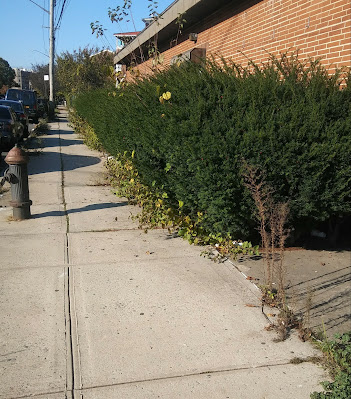 The bushes around 2500 Williamsbridge Road need to be trimmed a bit as they now cover most of the sidewalk. They are also over six feet high, and have not been manicured since the building was bought in February of 2020.

The community around 2500 Williamsbridge Road also want to know what the buyer is going to do with the building as nothing has been done except some interior work which may include the movement of walls.

Below - A flyer taped to a window by someone in the community, warns that a drug clinic will open up on the site. That has to be approved by OASIS a state agency. Now that election day has passed we will keep an eye on the site for any development. 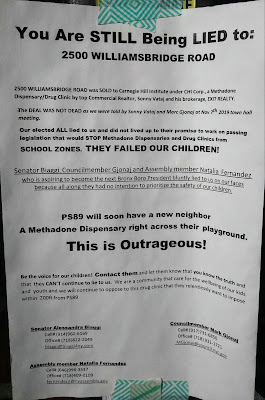