The Peace Plaza triangle roadway had just been completed so there was plenty of parking for all who attended. While the crowd was a little smaller due to COBID-19 there were still over sixty people in attendance. Veteran and Officer of the Morris Park Community Organization Silvio Mazzalla emceed the shorter event this year.

A wreath was laid as were flowers on the many symbolic headstones representing the many wars where soldiers from the Morris Park area or Borough of the Bronx have served with some never returning home. 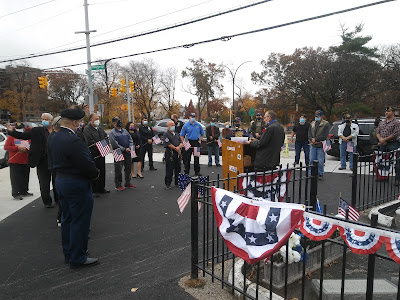 Above - The crowd that was in attendance at Peace Plaza for the Veteran's day event.

Below - Councilman Mark Gjonaj is flanked by a few veterans as he speaks. 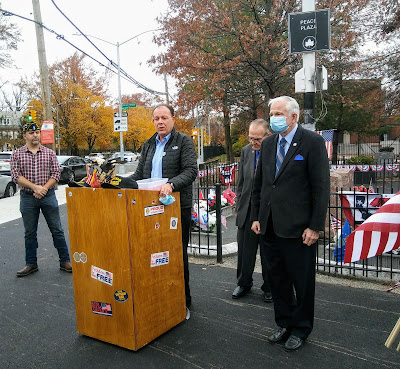 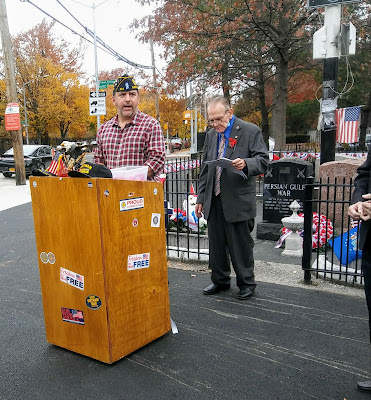 Above - Veteran Gene De Francis speaks about what Veteran Day means to him.
Below - Flowers are placed on one headstone by Veteran Joe Ronda. 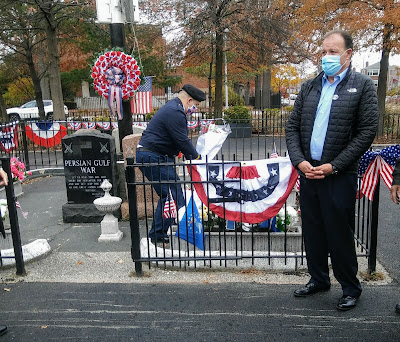 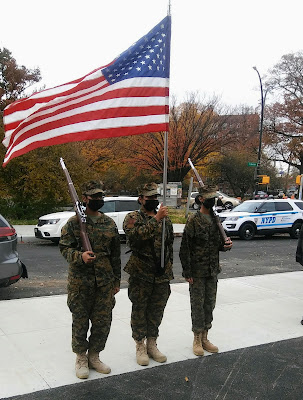 Above - Sea of the Star Cadets hold and are ready to protect the American Flag.
Below - Councilman Mark Gjonaj stands with Police Officers from the 49th Precinct and other Veterans. 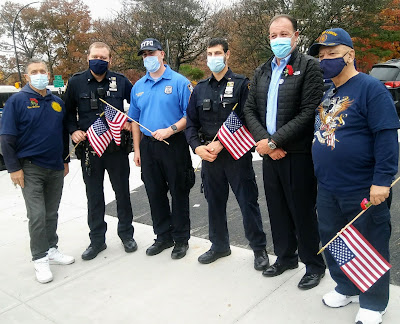