Predictions for the 11th and 15th City Council Special Elections 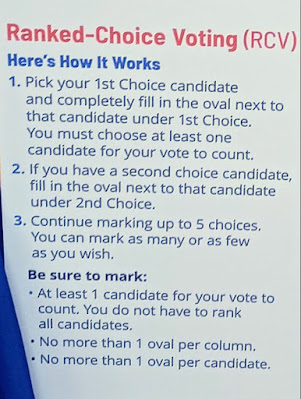 The explanation of Rank Choice Voting by the NYC Board of Elections.

This will be the first time for many to vote in a Rank Choice Election. The last time Rank Choice Voting was used in New York City was in 1999 (twenty-two years ago) in the last School Board Election. Rank Choice voting was disbanded when School Boards were abolished by the state legislature in 2002 when Mayoral Control of the public schools was given to then Mayor Michael Bloomberg.