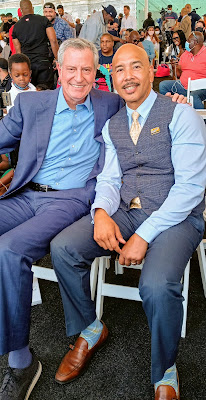 Then I hear when my favorite pesky reporter Robert Press asked the CB 7 District Manager Ischia Bravo why a non CB 7 board member who is Assemblywoman Fernandez's Male District Leader candidate was on the stage, she yelled at him "are you harassing me", and told him to leave a public community board event or she would call the police to remove him. What's up in your community boards, maybe this District Manager should be suspended or removed as the District Manager Ruben?