It was getting colder Wednesday as darkness began to set in at the Christmas tree on Pelham Parkway off White Plains Road. Students from PS 83 were proud to show off their singing talent before the tree lighting, as they sang several Christmas songs as the crowd waited for the lights to go on. PS 83 Principal Brandon Muccino was so proud of his students who were singing as if they were on the stage at Rockefeller Center.

Councilman Mark Gjonaj, State Senator Alessandra Biaggi, and  Assemblywoman Nathalia Fernandez were set. Assemblywoman Fernandez thanked her fellow elected officials and had to redo her speech when she left out co-sponsor Pelham Parkway Neighborhood Association as a co-sponsor. One more song from the PS 83 Glee Club and then the Pelham Parkway Christmas tree was lit. 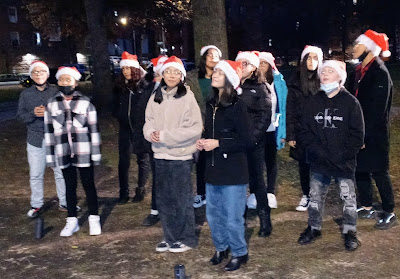 The students from PS 83 sang various Christmas songs while everyone waited for the Christmas tree to be lit. 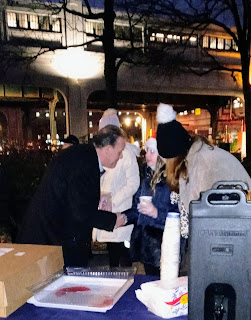 There were refreshments for the crowd. Councilman Mark Gjonaj speaks to a woman who wished him well after he leaves office. 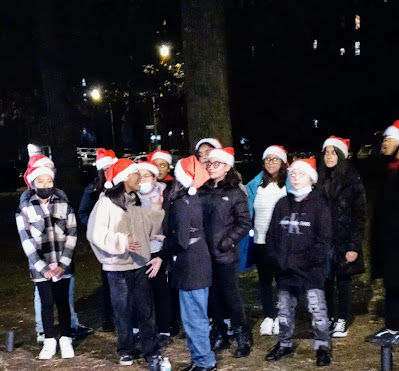 The final Christmas song before the tree was lit. 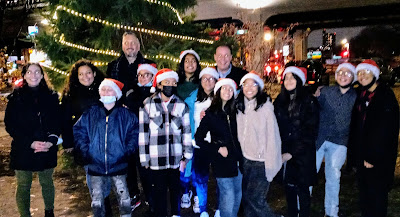 The children with their principal, and the elected officials stand before the lit Pelham Parkway Christmas Tree.
Posted by 100PercentBronx at 1:40 PM