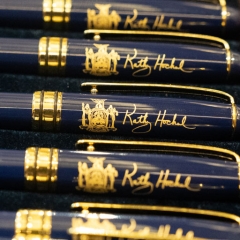 Governor Kathy Hochul today signed legislation protecting victims of domestic violence from discrimination. Legislation (S.8417B/A.9601B) expands protections for victims of domestic violence to areas of discrimination where they were not previously guaranteed, such as housing and public accommodations. By signing this legislation, Governor Hochul has accomplished a key legislative priority she proposed in her 2022 State of the State.

"The pandemic has led to a heartbreaking increase in domestic and gender-based violence, and New York must stand strong to protect survivors," Governor Hochul said. "Ever since I helped my mother open a home for survivors of domestic violence, I've made it a personal priority to do everything in my power to stand with and support survivors. I'm proud to sign this legislation, a critically important step to ensure survivors can safely access the services they need without fear of discrimination or retaliation."

Prior to this, victims of domestic violence were only covered as a protected class under the employment provisions of the Human Rights Law. However, employment is not the only context in which a victim might face discrimination, making this expansion to other areas such as housing and public accommodations necessary, and further instituting a survivor-centered, trauma-informed, and culturally responsive lens to New York State's response to survivors.

This legislation builds on the Governor's accomplishments from this year's enacted Fiscal Year 2023 budget, including nearly $90 million in funding for domestic violence and sexual assault prevention programs and aid for survivors and their families. The Governor also allocated $14.4 million to the Office of Victim Services to support victim service providers and allow the programs they offer to continue operating without interruption - despite significant loss in federal Victims of Crime Act funding.