On hand to help Mr. Rodriguez celebrate his success were City Council members Ruben Diaz Sr. (in whose council district the McDonalds is located), and Mark Gjonaj (the Chair of the Small Business Committee in the City Council). Assemblyman Kenny Burgos rounded out the current elected officials, but also on hand was Community Board 9 District Manager and City Council candidate William Rivera  (now being considered a favorite in the race to replace Councilman Diaz Sr. in the City Council).

Mr. Tony Rodriguez started as a worker in a Brooklyn McDonalds in 1973. after several years as an NYPD officer he returned to McDonalds as an owner and operator today of 13 McDonalds in Manhattan and the Bronx. 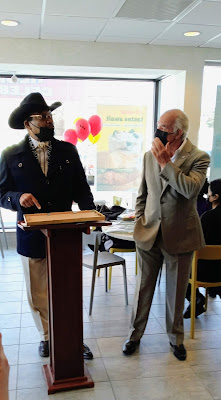 Councilman Ruben Diaz Sr. said the one thing he loves most about Tony Rodriguez's McDonalds is the delicious French Fries, to which Tony replied, 'Get him an extra large order of fries'. 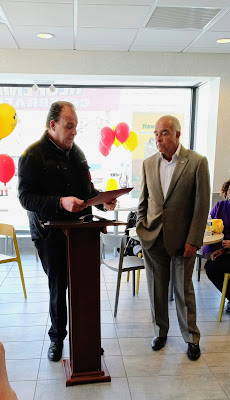 Councilman Mark Gjonaj thanked Tony Rodriguez for the huge amount of meat that Tony gave to be given out to people in need during the current pandemic with a citation from the City Council.

The Newly redesigned front counter to take orders, and distribute the food to customers.