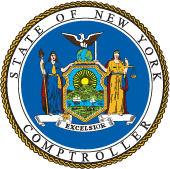 Office of the NEW YORK

The COVID-19 pandemic abruptly halted tourism in New York City, one of the world’s top tourist and business traveler destinations, during parts of 2020, resulting in a dramatic falloff in the number of visitors and creating a steep drop in economic activity, according to a report released today by New York State Comptroller Thomas P. DiNapoli.

“The tourism industry is a vital component of New York City’s economy,” DiNapoli said. “Visitors and their spending are essential factors in measuring the health of the economy. The pandemic’s damage to this industry has been staggering and it may take years before tourism returns to pre-pandemic levels. The city and state must help with safe reopening, while targeting relief funds to workers and to hotels, venues, restaurants and other businesses that are unlikely to recover until visitors return.”

"We are seeing clear signs of recovery for New York City's tourism industry, a pillar of the city's economy,” said Donna Keren of NYC & Company. “Prior to the pandemic, the industry saw steady growth. Comptroller DiNapoli's report highlights just how vital tourism is to all five boroughs of New York City, and is also a sobering reminder of how difficult this pandemic has been for our city's tourism industry. It's also a reminder of the opportunity we have to remind people of the incredible experiences that are waiting for them here. We look forward to working with the city and state to bring people back and make New York City the premier tourism destination we know it to be."

“Tourism is the fourth largest employer in New York City and here in Times Square, it is our lifeblood,” said Tom Harris, Acting President of the Times Square Alliance. “With over 60% of Times Square employees living in the outer boroughs, a Times Square recovery is vital for a New York City recovery. We applaud Comptroller DiNapoli's efforts to focus on this vital sector of our economy and support the recommendations made to accelerate a safe return for the industry while also targeting marketing efforts to ensure visitors return to New York City soon and enjoy Times Square again.”

“Comptroller DiNapoli’s report provides an insightful view of the current economic reality of New York City’s tourism sector,” said Rich Maroko, President of the Hotel Trades Council. "Tourism is a critical driver of the city's economy and an essential source of countless middle-class jobs for New Yorkers, including tens of thousands of HTC members. Our union is grateful for Comptroller DiNapoli’s thoughtful analysis of the tourism sector as well as his recommendations for prioritizing its recovery and putting New Yorkers back to work.”

Spending by tourists is a critical driver for tourism industry employment, wages and city tax revenues. DiNapoli estimates after reaching a record high of 66.6 million visitors in 2019 and generating $47.4 billion in spending, the number of visitors to the city dropped by 67 percent and their spending declined by 73 percent in 2020. Tourism-related tax revenue accounted for 59 percent of the city’s $2 billion decline in tax collections, or about $1.2 billion, for CFY 2021. Tourism Economics, an economic forecasting firm, is projecting that visitor spending will return to pre-pandemic levels in five years (2025), while it took three years to rebound after the financial crisis in 2008.

From 1991 to 2019 the number of visitors to the city nearly tripled, with nearly half the growth occurring in the last decade. Domestic tourists have more than tripled in this timeframe, making up just over half of total visitor spending. International tourism has risen steadily over the decades, becoming a more dominant driver in visitor growth since 2009. While the majority of visitors are domestic, international visitors spend four times that of a domestic visitor. International visitors to the city generally spend about twice the amount per visit compared to the average traveler to the U.S., with each Chinese tourist spending an average of $3,000, almost twice the average of any other international visitors.

Leisure travelers account for 79 percent of visitors to the city and 71 percent of the spending. International travelers are more likely to stay in a hotel (76 percent) and primarily visit the city as a destination. Business travelers make up 21 percent of all visitors.

By the end of 2019, the industry in New York City had a record 283,200 private sector jobs, accounting for 53.5 percent of the state’s total tourism employment. This was a 35 percent increase from 2009 levels and faster than growth in total private sector jobs (30 percent). DiNapoli estimates employment fell to 194,200 in 2020, a 31.4 percent drop and the lowest level in the city since 2004. Jobs are primarily concentrated in three large sectors: leisure and hospitality (59 percent of tourism jobs), retail (19.3 percent) and transportation (16.1 percent). The top three subsectors (hotels, restaurants and air transportation) account for almost 41 percent of all industry employment.

The majority of the jobs (57.6 percent) are located in Manhattan, with Queens having the second highest concentration with 24 percent. In the last decade, total wages in tourism increased by 81.7 percent, while citywide private wages increased by 64.3 percent. The average annual salary in the industry was $60,400, lower than the city’s private average salary of $97,700. Workers are also more likely to be minorities (66 percent), self-employed (14.4 percent), younger, at an average age of 40, and are more likely to be immigrants, who make up 44.7 percent of the total workforce.

DiNapoli has published a series of reports highlighting the impact of COVID-19 on different sectors of the city’s economy. Prior reports have focused on the retail, restaurants and the arts, entertainment and recreation sectors, which are a part of the tourism ecosystem. The two large remaining sectors, hotels and accommodations and transportation, provided 97,800 jobs and $4.5 billion in wages in 2019.

As a share of the tourism industry in New York City, accommodations is the largest component by employment and wages, representing 18.4 percent of employment, 21.1 percent of wages and 4.8 percent of firms. Because of the pandemic in 2020, this sector lost nearly half of its employment base (23,813 jobs or 46 percent).

According to the Department of City Planning, in January 2020, there were 705 hotels with a total of 127,810 rooms. As of October 2020, more than 37,000 hotel rooms in the city remained closed, with 10 percent permanently shut down. Prior to the pandemic, hotel occupancy was 89.6 percent, the highest in the nation. By September 2020, occupancy had dropped to 38.9 percent, lowering daily room rates. Through the third week of March 2021, occupancy in hotels had climbed to slightly over 50 percent.

Transportation Was at Near Standstill

Yellow taxis saw their average trips per day decline by 96 percent from January 2020 to its trough in April 2020, according to the city’s Taxi and Limousine Commission. The daily farebox totals for yellow and green cabs was down 79.5 percent in January 2021 compared to the prior year. New York City airports also came to a near standstill, with only gradual improvements. In August 2020, air passenger screenings were down 71 percent in the nation and 80.6 percent in New York City. Despite some improvement over the fall and winter, the city still lags the nation. The number of passengers screened in February 2021 remained well below prior-year levels, down 59.5 percent and 70.1 percent, respectively, in the nation and the city.

The most substantial federal relief program to aid businesses was the Paycheck Protection Program (PPP). In 2020, PPP granted forgivable loans to 42,800 city businesses in tourism-related industries, for a total value of $3.4 billion. These businesses accounted for 27 percent of PPP loans in the city and 18.3 percent of loan dollars disbursed. Loans were concentrated in restaurants (27.7 percent granted to tourism-related industries) and hotels (11.7 percent). Significant standalone federal grants programs have also been created for restaurants and entertainment venues, which should encourage reopening and expansion of operations, providing attractions for visitors returning to the city.

NYC & Company forecasts that domestic leisure travelers (primarily those making day trips) will be the first to rebound to 2019 levels. International travelers, who have a higher economic impact, are not expected to return to pre-pandemic levels before 2025. Business travelers to the city are not projected to surpass 2019 levels for the foreseeable future. They are expected to reach a maximum of 92 percent of pre-pandemic levels by 2024. The Global Business Travel Association forecasts that global business spending will return to 2019 levels ($1.43 trillion) by 2025.

The Retail Sector in New York City: Recent Trends and the Impact of COVID-19