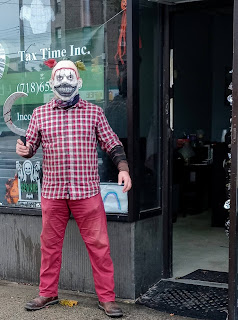 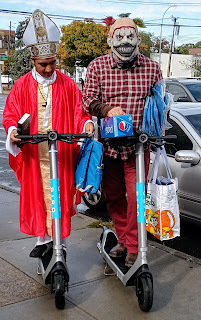 The Pope and Mad IRS Agent came by Escooter. 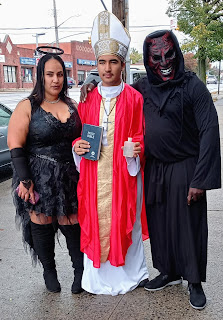 The Pope was called on to save one of his Angels from the Devil with a Bible, a bottle of Holy Water, and his Cross. 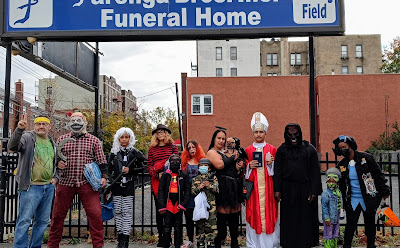 It seemed to be a fitting place to start a Halloween parade, under the Farenga Brothers Funeral Home sign. 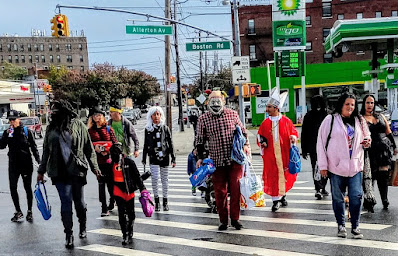 Here the ghouls cross Boston Road on their way to White Plains Road.
Posted by 100PercentBronx at 1:15 AM