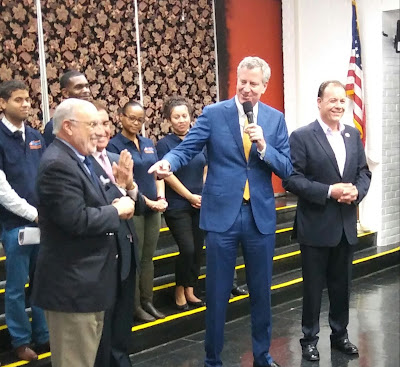 My good friend Assemblyman Michael Benedetto. Boy am I going to miss you Mike, maybe I can give you an appointment as a commissioner when I become Governor. David Patterson, I mean Kathy Hochul, I don't know why I keep saying that, unless it is that both David Paterson and Kathy Hochul were never elected governor of New York State.