Hundreds of people marched across Mosholu Parkway. Schools, community organizations, supporting companies, elected officials, and local Community Board 7 members where the event was being held. On the other side of the parkway was the food festival with dozens of booths to get a variety of delicious food or beverages. There were activities for children which included a pony ride, games, and a Bouncy House. For adults there were many information tables from city agencies, and several health care providers with various gifts and services. Later on the Concert began. Bronx Week with all its events was very successful for a brand new Bronx Borough President who seemed to be in office for a while. 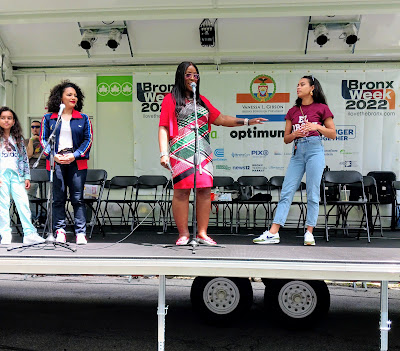 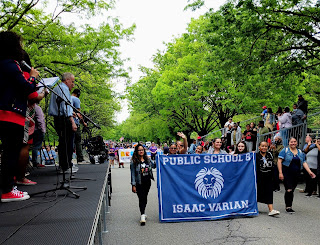 Assemblyman Jeffrey Dinowitz and his son Councilman Eric Dinowitz were on the stage with BP Gibson, as students from PS 8 in Bedford Park marched by. 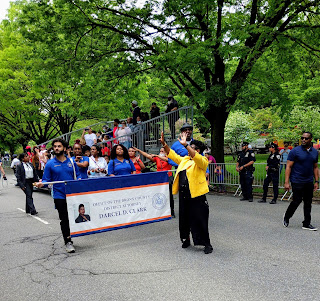 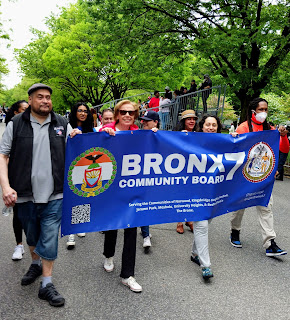 Members of local Bronx Community Board 7 marched as they do every year. 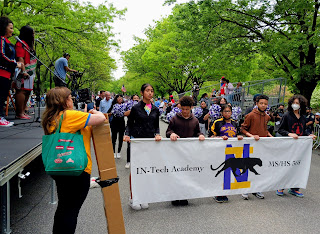 Students from IN-Tech Academy MS/HS 368 march as the Dinowitz's prepare to go to another event. 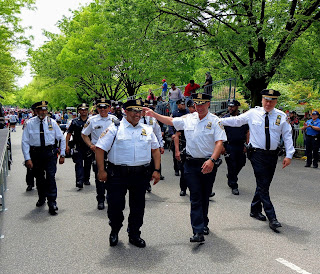 Members of the NYPD from the Bronx were among the marchers. 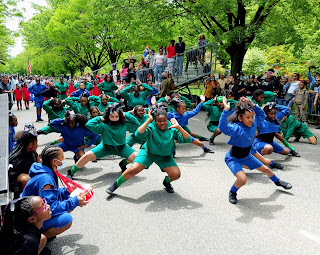 There were performances from some of the students. 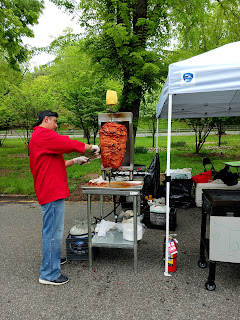 Felipe shaves off some meat as he serves a customer at the food festival. 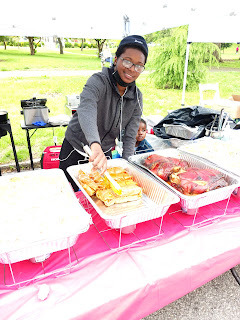 Giant Pasteles were available at this booth. 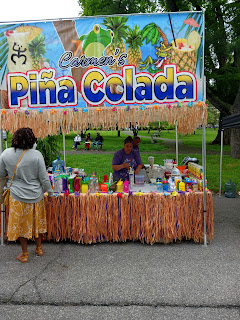 Then there was the Pina Colada booth, and dozens of other booths where almost anything made could be found. 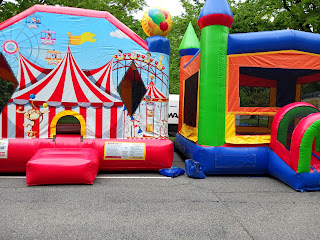 There were amusements for the children. 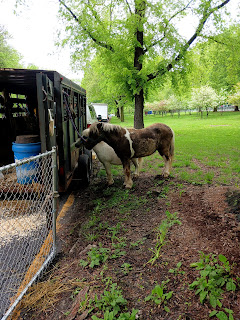 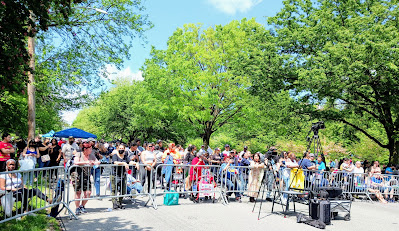 People gathered for the Bronx Week Concert after the parade was done, to finish out Bronx Week.