In between Saturday's showers the BRONX WEEK Walk of Fame inductees had their names placed on street signs that were unveiled in front of Bronx Borough Hall on the Grand Concourse. This event returned after a two year hiatus due to COVID-19, and precludes the BRONX WEEK Parade, Food Festival, and Concert across Mosholu Parkway which ends BRONX WEEK.

The 2022 inductees to the Bronx Walk of Fame were, Cinematographer-Producer Elf Rivera, actor Luis Antonio Ramos, and Artist, Actress, Writer Remy Ma who each unveiled their Bronx Walk of Fame Sign. Joining the three inductees was former inductee Fat Joe, who may have been auditioning for a job after Rap as a reporter for News 12 as he interviewed Bronx Borough President Vanessa Gibson and inductee Remy Ma. 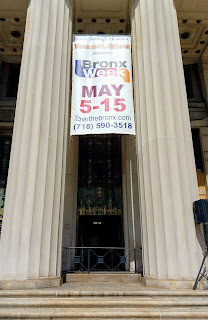 The entrance on the Grand Concourse to the Bronx Courthouse told you that it was BRONX WEEK. 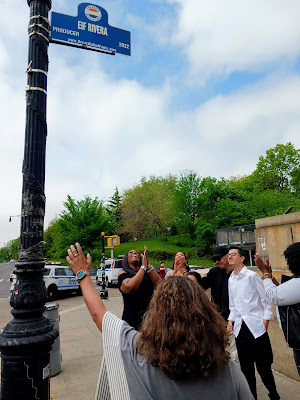 Elf Rivera was the first to unveil his Bronx Walk of Fame sign to the cheers of many. 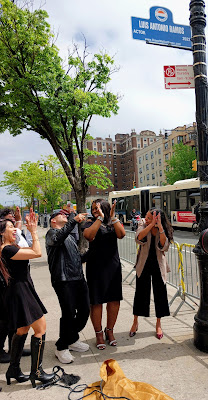 The next inductee to the Bronx Walk of Fame was Luis Antonio Ramos. 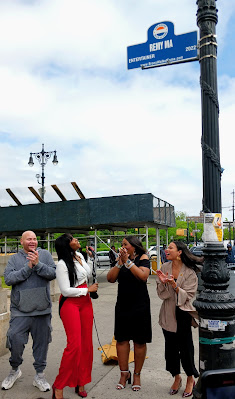 Remy Ma unveils her Bronx Walk of Fame sign, as Rapper Fat Joe is behind her. 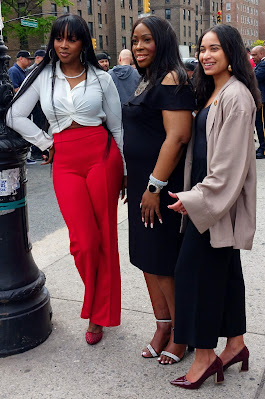 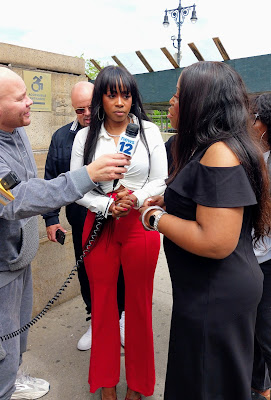 Is Rapper Fat Joe auditioning for his next career after rap? Here he interviews Bronx Borough President Vanessa Gibson and Remy Ma for News 12.