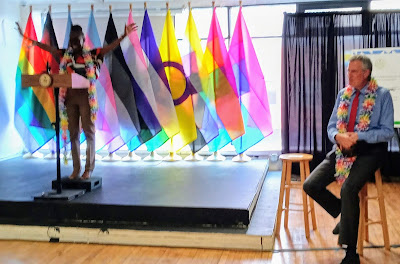 Charlene while I still am mayor today, tomorrow, and on January 1st until Eric Adams is sworn in we are being kicked out of Gracie Mansion today so it can be set up for Mayor Eric Adams. Have you taken out everything we brought in, were given in the eight years that I was mayor, and everything else that wasn't nailed down?

I had a good working relationship with the city council, first Melissa, and then Corey, but it looks like Eric may have some problems with the new city council. They are already talking about overriding any veto he does, an have their own agenda that does not look like it goes with Eric's train of thought. I wonder how long it will take before we hear "I miss Mayor Bill de Blasio'.