Hundreds of toys for boys and girls placed on tables by age group were waiting to go home with one of the many children who would get to take one home with them.

First the children would meet Councilman Mark Gjonaj at the door where they would clean their hands with hand sanitizer, and then receive a candy cane. They would go down three stairs to find the toy they wanted, and then receive a hat and pair of gloves before being greeted by Santa Claus. There were also delicious Councilman Gjonaj doughnuts for all. 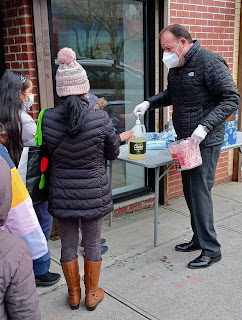 To make sure the children's hands were clean, Councilman Gjonaj brought a big bottle of hand sanitizer and a bucket of candy canes. 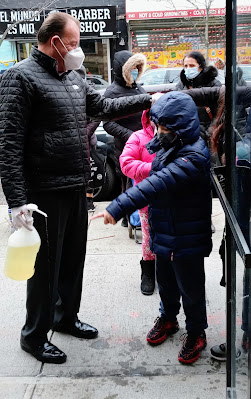 Here one child points to the hand sanitizer leaking from the bottle. 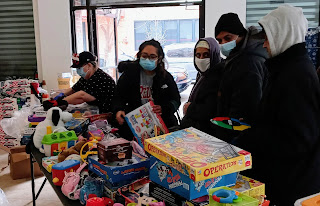 Toys were set up on many tables for boys or girls, and by age group. 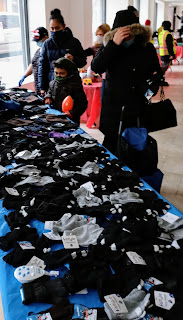 There were gloves and hats for the children courtesy of Councilman Gjonaj. 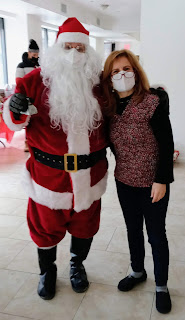 Santa is greeted by Violet Yueiiaj before he greets the children.

This little girl was very happy to see Santa Claus. 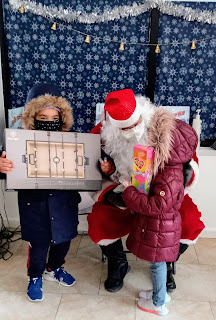 Other children were happy to see Santa, and show off the toys they chose to go home with them. 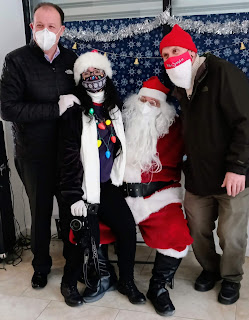 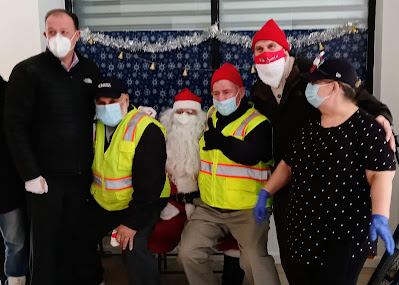