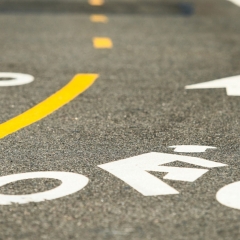 “Public transit in New York should be welcoming, safe and accessible for cyclists and pedestrians," Governor Hochul said. "I'm proud to sign legislation that will expand access to public transit, no matter how you choose to get around. This new law will make the MTA more walkable and bicycle-friendly, a major step in improving our transit system."

Legislation S.4943B/A.6235 requires the MTA to make this plan to encourage cycling and pedestrian access on MTA bridges, bike parking at MTA subway and commuter rail stations, and bike access on board MTA equipment. Pursuant to the legislation, the Long Island Rail Road Commuter’s Council, the Metro-North Rail Commuter’s Council, and the New York City Transit Authority Council will study bicycle and pedestrian access and provide recommendations to the MTA regarding such.