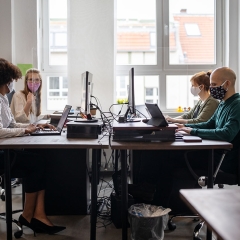 The Office for the Prevention of Domestic Violence will also be required to formulate sample written procedures for the implementation of the revised Model Gender-based Violence and the Workplace Policy.

“My administration has received the Inspector General’s report, and my heart is with the family that is still living with this tragedy,” Governor Hochul said. “Domestic violence is a serious issue that is very personal to me, as my mother opened a home for survivors of domestic and gender-based violence. As Governor, I will work to make New York State a safer place for all by requiring state agencies to adopt policies that protect employees and create a safe workplace environment for survivors. By setting these requirements, we are supporting the needs of individuals and families throughout the state in a survivor-centered, trauma informed and culturally responsive way. Additionally, I will closely review the Inspector General’s recommendations alongside the NYS Office for the Prevention of Domestic Violence, and we will continue to fight for the safety of victims and survivors, and for all New Yorkers.”

The new policy will also focus on assisting employees experiencing gender-based violence by providing resources and explaining protections and benefits in the law about time off from work to handle court appearances or medical issues, as well as workplace accommodations that are available to protect employees, including from adverse employment actions.

Office for the Prevention of Domestic Violence Executive Director Kelli Owens said, “Domestic violence and other forms of gender-based violence don’t stop when someone gets to work. Victims and survivors may be stalked or harassed at the office or come to work with signs of physical abuse from the night before. We should use every opportunity to educate people to recognize what gender-based violence looks like, learn how to help survivors, and make it easier for survivors to get resources. I’m proud to serve a Governor who takes the issues of domestic and gender-based violence so seriously. Thank you, Governor Hochul, for working so hard to increase safety for all New Yorkers and ensuring protections and resources for your workforce.”