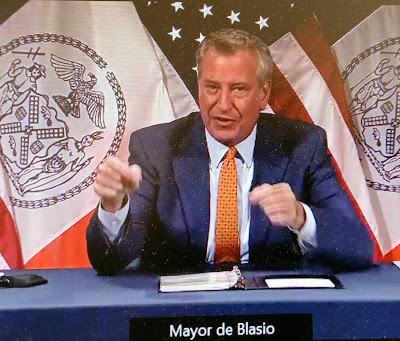 I want to say one thing, and that is, that I intend to stay involved in politics after I am term limited out of office. I should be able to be your next governor, but I want to see who else may be running.

As for Rikers Island I visited it and held a press conference afterwards. The cities DOE mandate has been upheld by a federal appeal's court, and the Supreme Court should not be hearing it, because it is a State's Rights issue, which the city won.