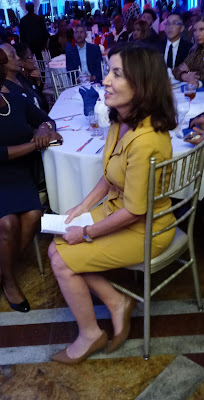 Governor Kathy  Hochul waits with her speech in hand to be called up to speak. 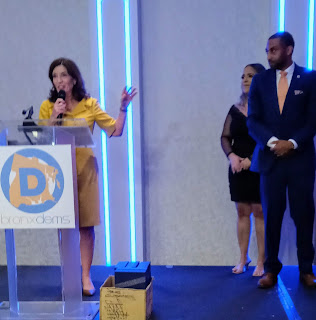 Governor Hochul thanks Bronx Democratic Party Leader State Senator Jamaal Bailey whom she passed over in her search for a Lieutenant Governor. In her speech she said "As the Bronx goes, so does the state". 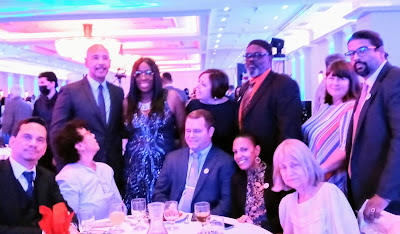 New York State Attorney General Letitia James spoke, but did not say anything about running for governor. 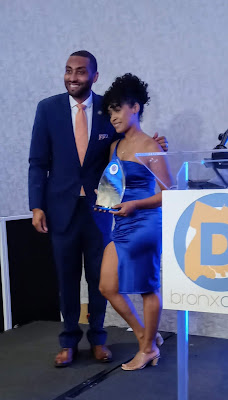 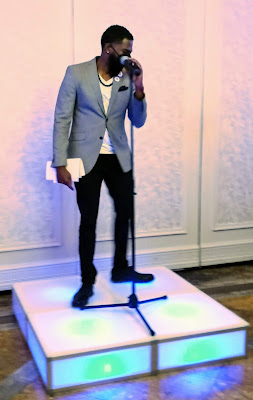 NYC Public Advocate Jumanne Williams was in attendance.
Posted by 100PercentBronx at 7:45 PM