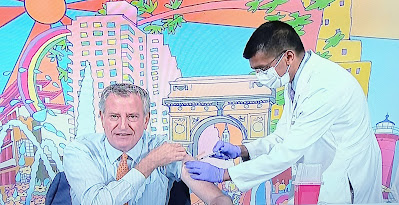 What's worse than getting another shot from Doctor Chakshi? Hearing that New York State Attorney General Letitia James will be running for Governor of New York. The only other pain in the neck would be to hear that Public Advocate Jumaane Williams has announced that he is running for governor.

They should know that if all three of us run they are almost making sure that current placeholder for me, is re-elected as governor. The majority of the votes are downstate, but if the three of us run we will split that vote three ways. I don't know if I can get enough votes upstate to counter my other two opponents, or anyone else who thinks they can get elected governor.