Rally for Climate, Jobs, and Justice in New York State, at Fordham Plaza

The late Thursday afternoon rally had over two hundred people either participating or supporting the event for Climate, Jobs, and Justice. Dozens of organizations from all over the Bronx joined forces with current or future elected officials to demand a stop to pollution, and that the government do something now to protect the environment.

Former City Council candidate Jessica Haller who ran unsuccessfully on a platform of Climate and Community Investment put this event together. The Climate and Community Investment Act (CCIA) is expected to raise Fifteen Billion Dollars per year from corporate polluters using it to create good green jobs, invest in frontline communities, and build a renewable economy for New York State. All who spoke were in favor of the CCIA, which has passed both houses of the state legislature awaiting Governor Hochul to sign it into law. 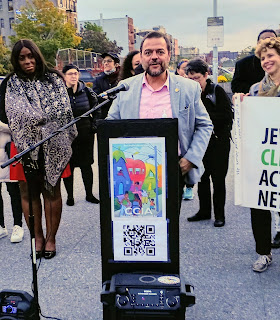 State Senator Luis Sepulveda addresses the crowd why the CCIA is so important, and why it needs to be signed into law. 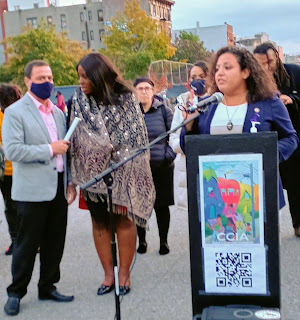 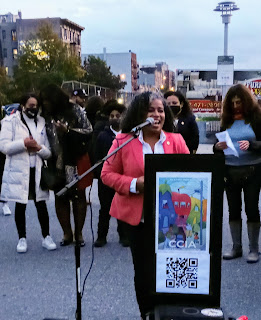 Assemblywoman Karines Reyes speaks as one of the sponsors of the CCIA bill in the assembly. 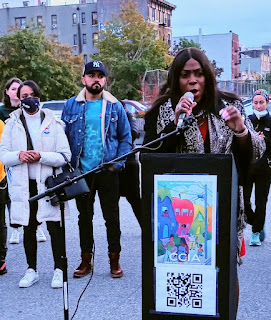 Soon to be Bronx Borough President Councilwoman Vanesa Gibson speaks on the importance of passing the CCIA. In the background are assemblyman Kenny Burgos, and Future 14th City Councilwoman Pierina Sanchez, both who spoke and support the CCIA.

A view of the crowd from behind the speakers.

Just a few of the organizations on hand for this rally.