AG James Has Taken More Than 2,100 Firearms Out of Communities Since 2019

New York Attorney General Letitia James announced that 57 firearms were turned in to law enforcement at a gun buyback event hosted by her office, Westchester County Executive George Latimer, Westchester District Attorney Miriam Rocah, and the New Rochelle Police Department. The Office of the Attorney General (OAG) accepts — with no questions asked — working and non-working, unloaded firearms in exchange for compensation on site. To date, Attorney General James has taken more than 2,100 firearms out of communities through gun buyback events and other efforts since taking office in 2019.

“The threat of gun violence continues to loom over our neighborhoods and endanger our families and children,” said Attorney General James. “From taking down violent groups responsible for causing harm to hosting gun buybacks and working with organizations addressing this crisis — we are doing everything we can to eradicate gun violence and protect our communities in Westchester and throughout the state. My office is fully committed to preserving public safety, and we thank our partners for their invaluable support and shared commitment in this effort.” 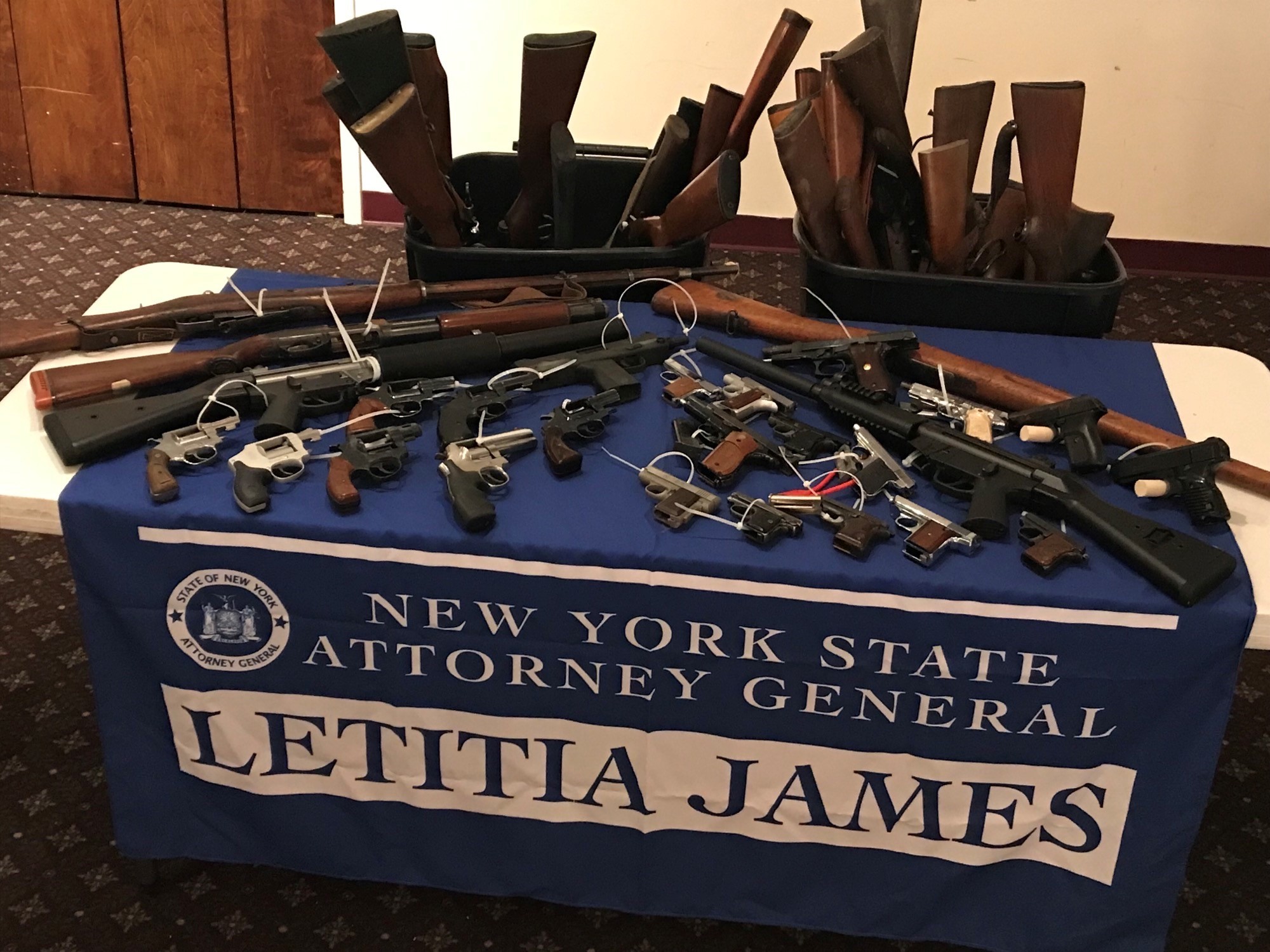 “Thank you to Attorney General Letitia James for once again showing her commitment to keeping our streets safe,” said Westchester County Executive George Latimer. “Since 2017 in Westchester County, we have seen a decrease in index crimes by 11 percent and an increase in weapons secured by our county police by 370 percent. Programs like this gun buyback, coupled with the hard work of our men and women in law enforcement, result in fewer lives lost due to senseless gun violence. I look forward to future collaborations, like this one, to further ensure the safety of all Westchester residents.”

“Every gun that was brought in today will make our communities safer,” said Westchester County District Attorney Miriam E. Rocah. “Allowing people to safely remove unwanted guns from their homes can help reduce many of the risks associated with having a firearm, including suicide, domestic violence, and unintentional deaths of children. It will also help prevent these guns from falling into the wrong hands and making our streets less safe. We thank New York Attorney General James, the County Executive, and the New Rochelle Police Department for partnering with us on this essential public safety initiative.”

“We are hopeful that the gun buyback program will have an impact on violent crime in New Rochelle,” said New Rochelle Police Commissioner Robert Gazzola. “We know that collecting unwanted guns will be beneficial to our community.”

In exchange for the firearms, OAG also offered monetary compensation, in the form of prepaid gift cards, and Apple iPads when an unloaded gun was received and secured by an officer on site.