Governor Hochul Announces 200,000 Meals Will Be Delivered to Communities in Need Through the Restaurant Resiliency Program During the Holiday Season 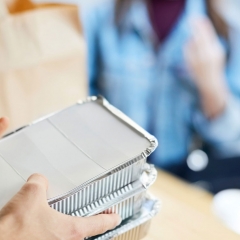 Governor Kathy Hochul today announced New York State’s Restaurant Resiliency Program will be delivering 200,000 meals to New Yorkers in need through the end of the holiday season. Restaurants involved in the program are in all regions of New York State and represent the diversity of the state, with many participating restaurants preparing Kosher and Halal meals and representing minority and women owned businesses.

“During the holiday season, no family in the state of New York should go hungry,” Governor Hochul said. “The Restaurant Resiliency Program takes an innovative approach to help New Yorkers facing food insecurity and restaurants struggling during the pandemic. Programs like these showcase the spirit of generosity and collaboration that is crucial to New York’s success.”

The program is continuing to take applications from restaurants on a rolling basis and will continue to do so until all funds have been spent. Additional information and an application for the program can be found here.