The Pelham Parkway Neighborhood Association and the Pelham Parkway Vision Center located at 731 Lydig Avenue teamed up for their Annual Toy Giveaway to local neighborhood children. Councilman Mark Gjonaj brought hundreds of doughnuts to be given out, gloves and hats also for the children.

Along with Santa Claus the Grinch Who Tried to Steal Christmas made an appearance. He was quickly chased away so Santa and the PPNA could hand out the toys, doughnuts, gloves and hats to the children. 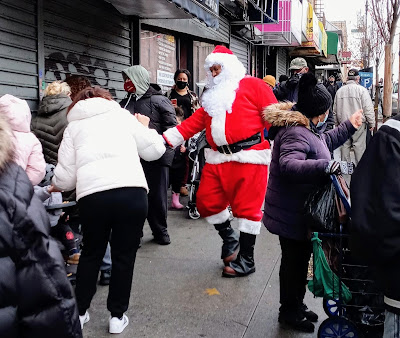 Parking was tough so Santa had to park his sled around the corner and walk to the Pelham Parkway Vision Center to give out his toys. 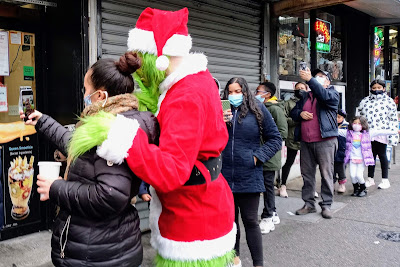 The Grinch dressed up as Santa to get into this photo. 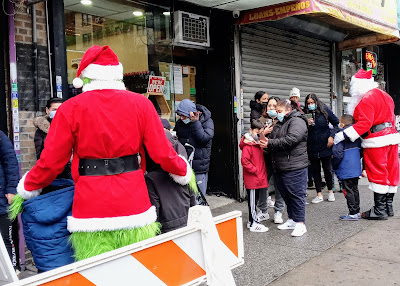 You can see the real Santa posing for a photo while the Grinch also poses for a photo right near Santa. 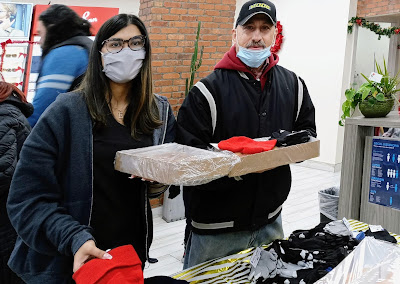 PPNA Vice-President Steve Glosser, and an employee of the Pelham Parkway Vision Center get ready for the next child with doughnuts, gloves, and a hat. 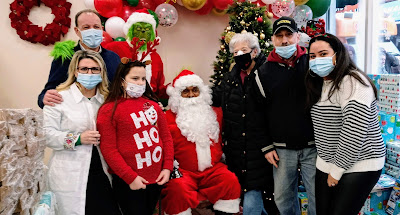 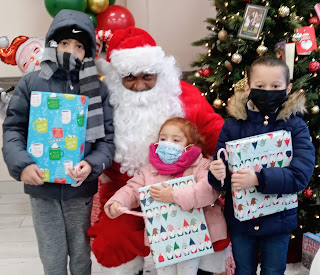 It was all for the neighborhood children. 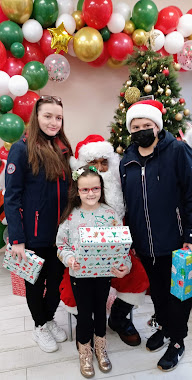 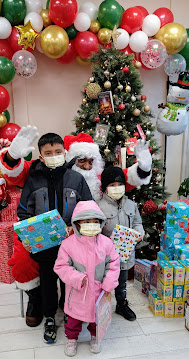