A few hours later AAOHA volunteers gathered at the Destination Tomorrow building on Barnes Avenue one block from the AAOHA office on Holland Avenue to enjoy a Thanksgiving feast by AAOHA founder and President Aleksander Nilaj along with Ms. Dila Kocaj who did most of the cooking, and Ms. Violeta Craij who baked several delicious desserts. It was a meal for the forty volunteers who help out twice a week giving out food to the community from in front of the AAOHA office located at 2141 Holland Avenue.

The group of AAOHA volunteers, with the elected officials who support them on the wall behind them. 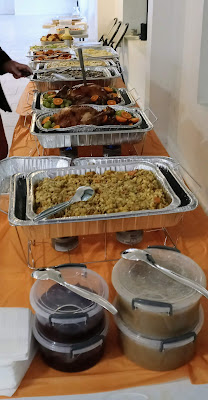 The line of delicious Thanksgiving food that was prepared for the volunteers. 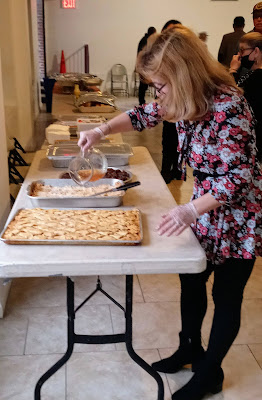 The Baklava gets a healthy dose of honey from Ms. Violeta Craij, who also tore up the dance floor later. 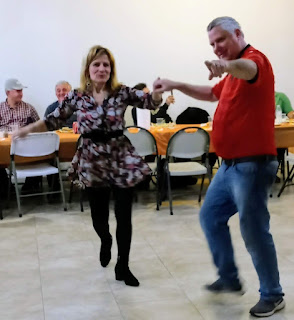 Here Violeta and her husband John take to the dance floor for a traditional Albanian dance. 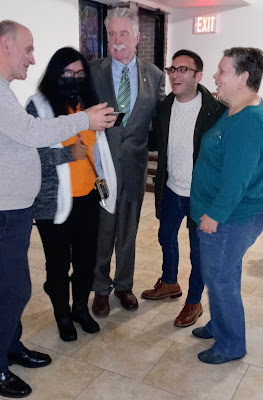