Sunday was the Pelham Parkway Neighborhood Association Turkey Giveaway, with Assemblywoman Nathalia Fernandez, an the Albanian American Open Hands Association. in front of 2141 Holland Avenue. Boxes of turkeys were lined up in the vestibule of the building so the turkeys could be given out one by one. PPNA President Edith Blitzer said that almost one-hundred and fifty turkeys were given out.

PPNA executive board members, AAOHA workers, and volunteers helped give out the turkeys to the people who were waiting for several hours so they could receive a free turkey for Thanksgiving. Bronx Borough President-Elect Vanessa Gibson stopped by to see how things were going and to say hello to everyone. 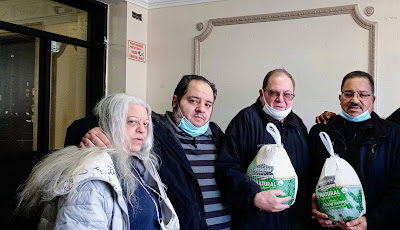 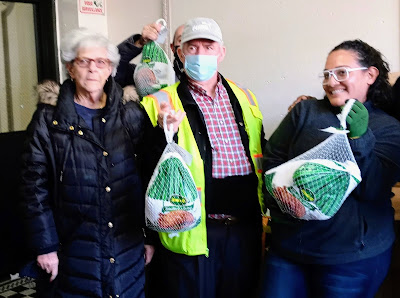 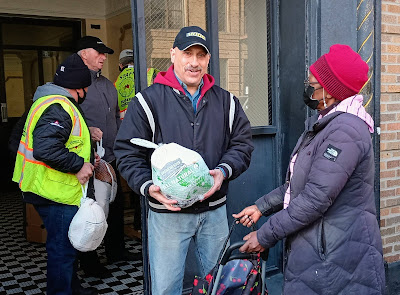 PPNA Vice-President Steven Glosser stands outside holding the turkey he is about to put in this woman's bag. 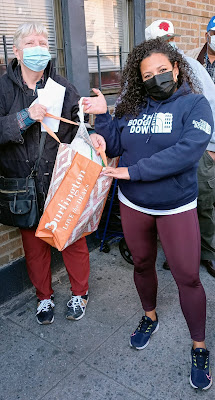 Assemblywoman Nathalia Fernandez puts this turkey in the bag of this woman. 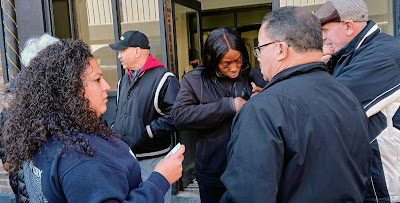 Everyone wished each other a happy holiday, and PPNA Blitzer asked BP Gibson to come to the June PPNA meeting the second Tuesday in June.