Members of the community were happy to see their outgoing Councilwoman, who will become the new Bronx Borough President, and their new Councilwoman. The line for free food here went around the corner, and even with a line so long the food giveaway was over in less than one hour. 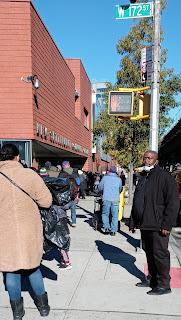 The line turned around the corner and went halfway down that block. 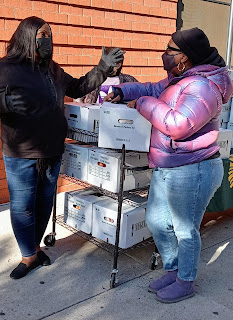 Bronx BP Elect Gibson and Councilwoman Elect Stevens catch up on a few thing as they wait to hand out the free food. 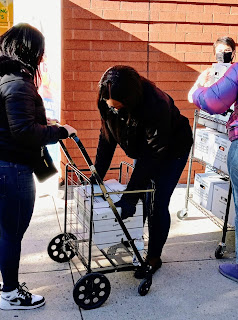 We have had dozens of photos of current Bronx BP Ruben Diaz Jr. doing this, and BP Elect Gibson seems to be doing it as good as if not better than Diaz Jr. 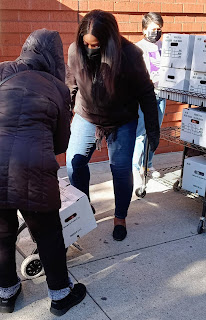 BP Elect Gibson moves this box into place with some leg power. 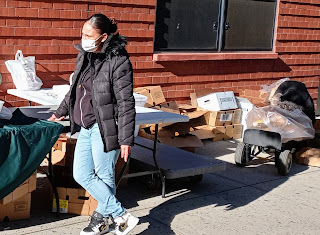 The turkeys went first, leaving some chickens and boxes of food to be given out.
Posted by 100PercentBronx at 11:40 PM